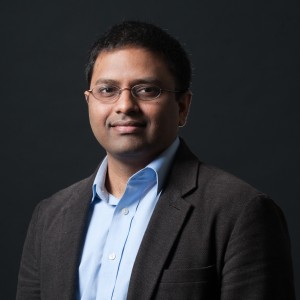 Washington, Aug 2 (IANS) Defying gravitational forces, an Indian-origin scientist-led team has developed a new way of making surfaces that can actively control how fluids or particles move across them.

The discovery may enable new kinds of biomedical or microfluidic devices or solar panels that could automatically clean themselves of dust and grit.

“Most surfaces are passive. They rely on gravity or other forces to move fluids or particles,” said Kripa Varanasi, an associate professor of mechanical engineering at Massachusetts Institute of Technology (MIT).

Varanasi’s team decided to use external fields such as magnetic fields to make surfaces active, exerting precise control over the behaviour of particles or droplets moving over them.

The system makes use of a microtextured surface, with bumps or ridges just a few micrometers across, that is then impregnated with a fluid that can be manipulated.

“For example, an oil infused with tiny magnetic particles, or ferrofluid, which can be pushed and pulled by applying a magnetic field to the surface,” Varanasi explained.

When droplets of water or tiny particles are placed on the surface, a thin coating of the fluid covers them, forming a magnetic cloak.

The thin magnetised cloak can then actually pull the droplet or particle along as the layer itself is drawn magnetically across the surface.

The new approach could lead to systems that make the cleaning process automatic and water-free.

“In the desert environment, dust is present on a daily basis. The issue of dust basically makes the use of solar panels to be less efficient than in North America or Europe. We need a way to reduce the dust accumulation,” informed study co-author Numan Abu-Dheir from the King Fahd University of Petroleum and Minerals (KFUPM) in Saudi Arabia.

The paper appeared in the journal Applied Physics Letters.