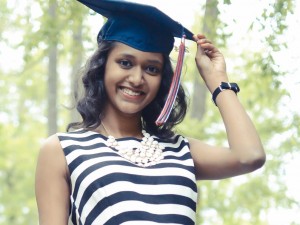 Atlanta, GA: U.S. Secretary of Education Arne Duncan recently announced the selection of Meghana Nallajerla of Milton, Georgia who attends Milton High School in Alpharetta, as a 2014 US Presidential Scholar.
Nallajerla is one of 141 outstanding American high school seniors that have demonstrated outstanding academic achievement, artistic excellence, leadership, citizenship, service, and contribution to school and community. The U.S. Presidential Scholars will be honored for their accomplishments in Washington D.C., from June 22-25.
“The extraordinary young men and women being honored for the 50th anniversary of the Presidential Scholars have excelled in their educational, artistic and civic pursuits,” Duncan said.
“They show all of us that when students challenge themselves and commit themselves to excellence, the results can be astounding. These scholars will help move our country forward and will have a lasting impact on their families, communities, and on our society. They represent the potential of all young citizens to lift up America.”
The White House Commission on Presidential Scholars, appointed by President Obama, selects honored scholars annually based on their academic success, artistic excellence, essays, school evaluations and transcripts, as well as evidence of community service, leadership, and demonstrated commitment to high ideals. Of the three million students expected to graduate from high school this year, more than 3,900 candidates qualified for the 2014 awards determined by outstanding performance on the College Board SAT and ACT exams, and through nominations made by Chief State School Officers or the National YoungArts Foundation’s nationwide YoungArts™ competition.
Since 1983, each Presidential Scholar has been offered the opportunity to name his or her most influential teacher. Each distinguished teacher is honored with a personal letter from the Secretary of Education. The teacher chosen for recognition by Nallajerla was Randall Fair of Milton High School in Alpharetta, GA.