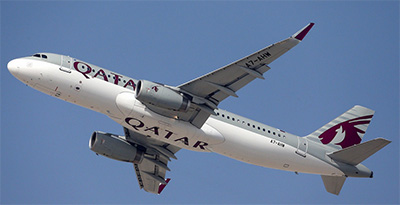 Atlanta, GA: Qatar Airways will be reinstating its non-stop flights to Nagpur,India, from Doha, starting 1st December 2015. The re-instated service will take the airline’s total weekly passenger flights from 95 to 102 across 13 key cities in India.

Located in the State of Maharashtra and identified as one of the flagship smart cities by the government of India, Nagpur is set to emerge as an important trade and business hub. A new economic zone and airport are being planned in the city – these developments are likely to increase the attractiveness of Nagpur and Qatar Airways will be poised to meet the demand in the market.

Qatar Airways recently opened reservations for its Doha–Atlanta route, which was announced in early May 2015. Previously the airline had said it would launch this daily Boeing 777-200LR service from July 1, 2016. However the launch date is moving forward to June 1st 2016, one month earlier than planned.

The schedule is as follows:

India is deeply disturbed and anguished over the deteriorating situation and humanitarian crisis in Ukraine: Consul General Dr. Swati Kulkarni