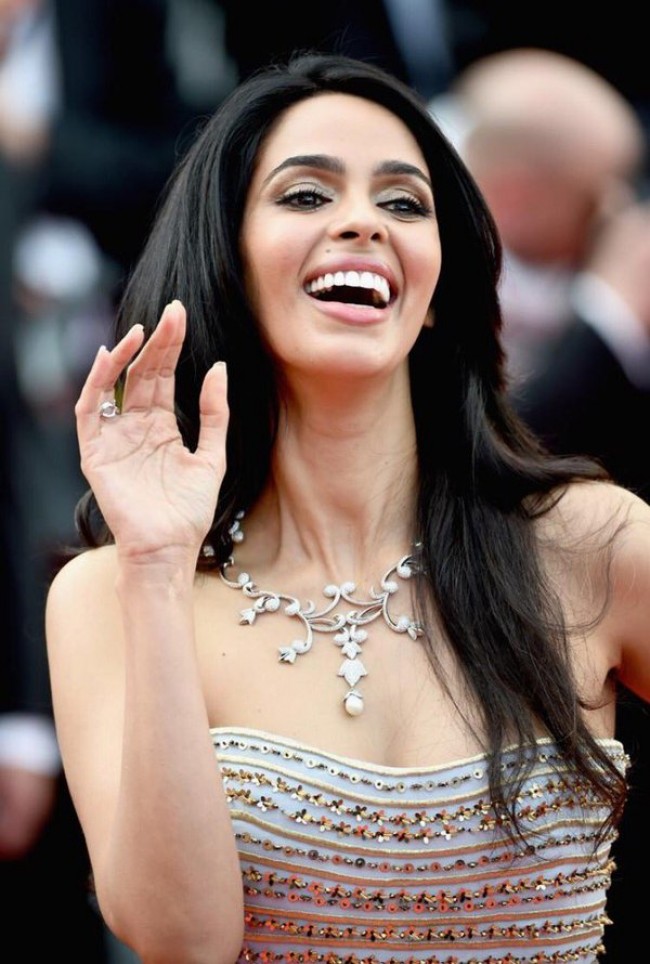 Paris, May 12 (IANS) Bollywood star Mallika Sherawat, whose film “Time Raiders” has been selected for the 69th Cannes Film Festival, stunned one and all at the red carpet of the gala’s opening ceremony.

Mallika wore an off-shoulder Georges Hobeika gown which she paired with a diamond neckpiece from Maison Mellerio for the opening ceremony which was held on Wednesday evening.

The gown had golden embellishments with a blue-coloured trail.

The “Hiss” actress thanked everyone for supporting her.

“Thank you all for making my red carpet opening ceremony such a great success! Cannes 2016”, Mallika tweeted on Thursday.