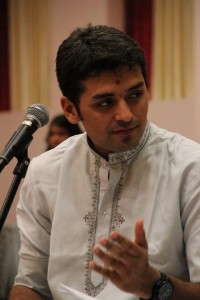 Atlanta, GA: Maa Tujhe Salaam (MTS) is not just a dance show; its not just a competition; its not just a display of talent amongst youth in the Indian-American community. Maa Tujhe Salaam  is a celebration of Indian culture on one of the most significant days in India’s history January 26th, 1950- the day on which the constitution of India came into force. From it’s inception as a new country in 1947 and with a new constitution in 1950 to today, India is currently the world’s largest democracy with a growing economy, numerous languages, and a rich history. MTS was established in order for the Indian community in Atlanta to celebrate their heritage and culture while simultaneously providing an entertaining and family friendly environment to all the attendees.

MTS is a show put on by students. It was started 2013 by Bhishma Oza and Rushit Nesadia in coordination with GSU Lamhe – a singing group at Georgia State University and Sigma Sigma Rho sorority at Georgia State University. This year, the MTS committee was not affiliated with a particular school, but rather was a unification of students from UGA, GSU, and Mercer amongst others. MTS 2014 took place at Shree Shakti Mandir, hosting an audience of approximately 800 people within the Southern and Metro-Atlanta region. 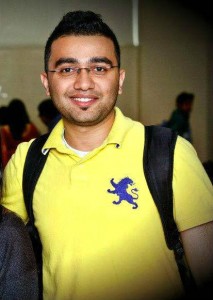 The show began with the Indian National Anthem, sung by Atlanta Indian Idol, Bhishma Oza followed by the American National Anthem. The MTS Committee and show were honored to have the presence of the Mayor of Stockbridge, Mark Alarcon. The Mayor talked about his happiness and pride in celebrating unique cultures represented by Indian Americans with the MTS event. The emcees kept the audience engaged, starting with a great introduction that was followed by various entertaining acts throughout the event.

The judges based team scores off of entertainment, outfits, music, and synchronization. The teams that participated in the competition portion of the show included ATL Tanishq, UGA  Asura, USC Moksha, Champa & Chameli, and Karma Bhangra. After much deliberation, the judges gave ATL Tanishq first place, UGA Asura second place, and USC Moksha third place. The participants of the show and the audience were excited with the results and posed for photographs after the show was completed.

The hard work and dedication put forth by the committee, emcees, and participants was unequivocal. The MTS team did a great job this year not only dazzling, but also engaging the audience – young and old alike. This year’s event was outstanding, and we cannot wait for Maa Tujhe Salaam 2015.