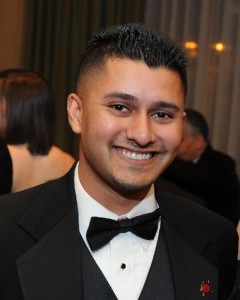 New Jersey, Nov 7 (IANS) Kolkata-born Raj Mukherji, a former Jersey City deputy mayor, has been elected to the New Jersey State Assembly to become the first-ever Bengali state legislator in the US.

Democrat Mukherji, 29, currently chairman of the Jersey City Housing Authority, the second largest in the state, was elected from the state’s 33rd legislative district by a 20-point margin in Tuesday’s elections.

“Indian Americans have contributed to make New Jersey better in every aspect. I just want to see more Indian American and South Asian faces in New Jersey government,” said Mukherji, who came to the US when he was barely three years old.

He has been named in Politicker’s annual Power List as one of New Jersey’s ‘100 most politically influential personalities’ as well as in the Forty under 40 list by NJBIZ.

He holds a Master of Liberal Arts degree from the University of Pennsylvania and a Bachelor of Arts from Thomas Edison State College.

According to his website, Mukherji supported himself through high school, college and grad school as an emancipated minor when his parents were forced to return to India due to economic constraints.

His father Asim Mukherji was an accountant who could not work because of health reasons and could not afford health coverage without employment.

From March 2012 through June 2013, Mukherji served as one of the two deputy mayors of Jersey City, New Jersey’s second largest city.

He also founded an internet consulting and software development company while in middle school.

Following the Sep 11, 2001, terror attacks in New York, Mukherji joined the US Marines at age 17, where he served in military intelligence for the Marine Corps Reserve.

At 19, he co-founded a public affairs firm that he grew into the state’s third-largest lobbying firm.

At age 24, Mukherji was appointed the youngest commissioner and chairman in the history of the Jersey City Housing Authority.