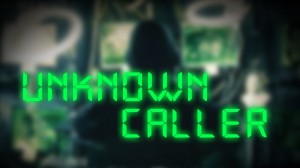 New York, Jan 21 (IANS) An Indian-origin man who made more than 3,000 phone calls to officials, some with death threats, has been convicted by a federal court in Sacramento, according to prosecutors.

The prosecution said that from about 2012 Sandhu started making harassing phone calls to the staff of the Securities and Exchange Commission (SEC) in Washington and to private individuals and in 2015 alone he made more than 3,000 calls and left 350 voicemails.

The SEC regulates the stock markets and the securities industry.

“His voicemails were profanity-filled tirades that repeatedly called for SEC personnel and others to be, among other things, rounded up, publicly hanged, water-boarded, burned alive, shot, and blown up with rockets and tanks,” the prosecutor’s office said.

“His comments were often sexually graphic and targeted individuals.”

He is to be sentenced in April and faces a maximum of two years in prison for each of the two charges he was convicted of.