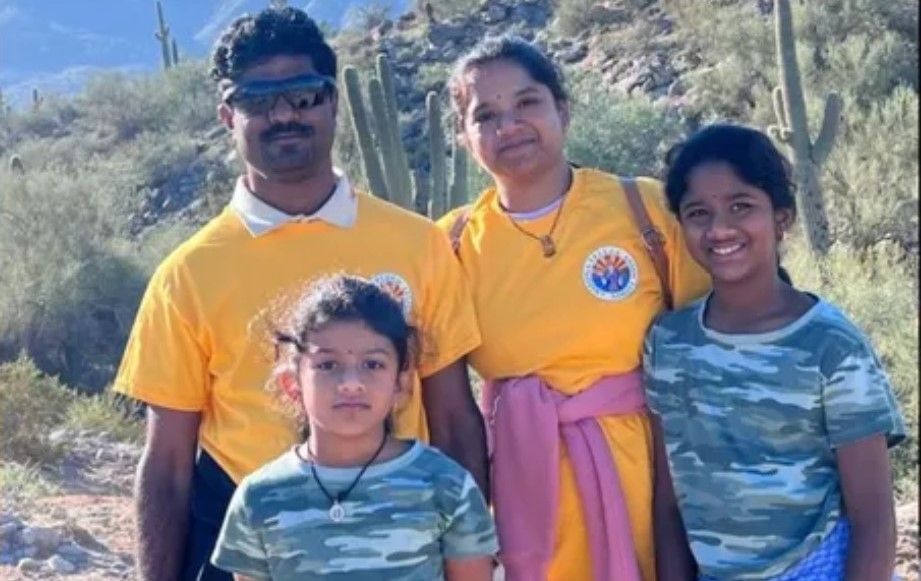 New York, Dec 29 (IANS) The two minor daughters of an Indian-American couple from Andhra Pradesh, who drowned in the state of Arizona, are currently staying with a family friend, and will soon fly to India, according to reports.

Narayana Muddana, 49, his wife, Haritha Muddana, and their 47-year-old friend Gokul Mediseti, drowned at Woods Canyon Lake in Coconino County in the US state of Arizona, a day after Christmas.

The girls, aged seven and 12, are living with the family of Kishore Pittala — Muddana’s next-door neighbour and close friend, ABC15 reported.

Pittala and other friends drove up to Payson in Arizona on the night of December 26 to get the two orphaned children from the custody of the child safety department.

“I can see from the faces, I know they have some sadness. But they are doing good for now,” Pittala told ABC15.

The girls will soon fly to Guntur where their grandparents will take care of them, the report said.

Pittala told ABC15 that the Muddana family had invited him to Woods Canyon Lake a few days ago to celebrate Haritha’s birthday, to which he refused.

“I was in shock,” said Pittala. “I don’t understand, did this really happen for a moment?”

The Muddanas, who had been living in Arizona for seven years, were clicking photographs of the lake when the ice suddenly collapsed and the couple drowned in minus 30-degree water.

“You never get used to it. Especially when you’re dealing with the children,” Jon Paxton, Coconino County Sheriff’s Office, had said in a statement.

Narayana’s father Venkata Subba Rao and mother Venkata Ratnam in Palaparru village were shocked to hear the news, IANS reported earlier.
Subba Rao said they spoke to Narayana over phone earlier that week and enquired about his well being in view of the winter storm in the US.

Indian-American IT professional convicted of making illicit profits worth $7.3mn