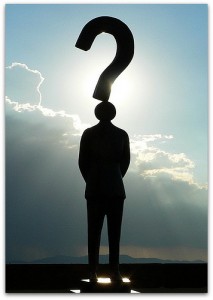 New York, Nov 3 (IANS) An Indian American scientist has claimed that he has found the answer to the question about how life on earth began more than 3.8 billion years ago.

Sankar Chatterjee, professor of geo-sciences and curator of paleontology at the museum of Texas Tech University, has claimed that meteor and comet strikes likely brought the ingredients and created the right conditions for life on our planet.

Chatterjee said that regular and heavy comet and meteorite bombardment on earth’s surface during its formative years, nearly four billion years ago, created large craters that not only contained water and the basic chemical building blocks for life, but also became the perfect crucible to concentrate and cook these chemicals to create the first simple organisms.

After examining the environments of the oldest fossil-containing rocks on earth in Greenland, Australia and South Africa, Chatterjee came to the conclusion that these could be remnants of ancient craters and may be the very spots where life began in deep, dark and hot environments.

“When the earth formed some 4.5 billion years ago, it was a sterile planet, inhospitable to living organisms,” Chatterjee said in a press statement.

“It was a seething cauldron of erupting volcanoes, raining meteors and hot, noxious gasses. One billion years later, it was a placid, watery planet teeming with microbial life,” he said.

He claimed that the earth’s perfect proximity to the sun provided an appropriate environment to begin life.

“The geological stage provides special dark, hot, and isolated environments of the crater basins with the hydrothermal vent systems that served as incubators for life,” he said.