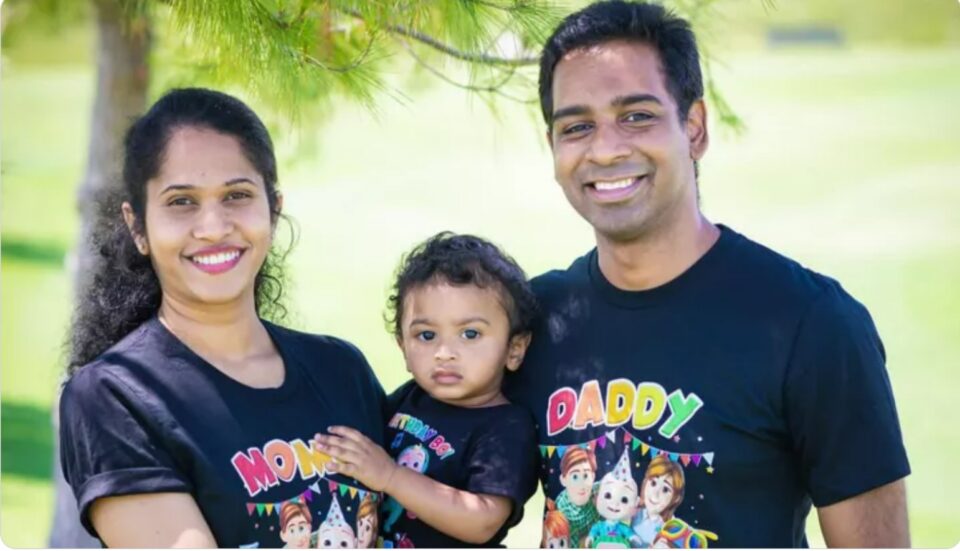 New York, Dec 30 (IANS) Police in US’ Nevada are investigating a fatal Christmas day crash that left a two-year-old Indian-origin child dead and his mother battling for life in a hospital in the US.

Shravya Muthyala, her husband Ravinder Muthyala, and son Aarav met with a deadly accident while returning from Las Vegas, according to a GoFundMe page set up to help the family.

The accident occurred at Las Vegas Boulevard, a major road in Clark County, according to the Nevada State Police Highway Patrol.

Following the accident, the Nevada State Police Highway Patrol closed the Las Vegas Boulevard at mile marker 12 to investigate the fatal crash. No other details were available.

“In this hour of inexplicable pain and grief, we want to support the family and reduce some of the financial distress that her family is currently facing,” the fundraiser page, set up on behalf of Ravinder Muthyala, read.

“We are organizing this fundraiser to support Shravya and her family during these tough times,” it added.

The money raised will be used for Shravya’s medical expenses.

A day before this accident, a 26-year-old man from Haryana died in a multi-vehicle crash that occurred in Pennsylvania following ice and snow storms across the mid-Atlantic region. On December 26, three Indian-Americans drowned after falling through the ice while walking on a frozen lake in the US state of Arizona.

Kids of Indian couple who drowned in frozen lake are safe, to fly to India soon