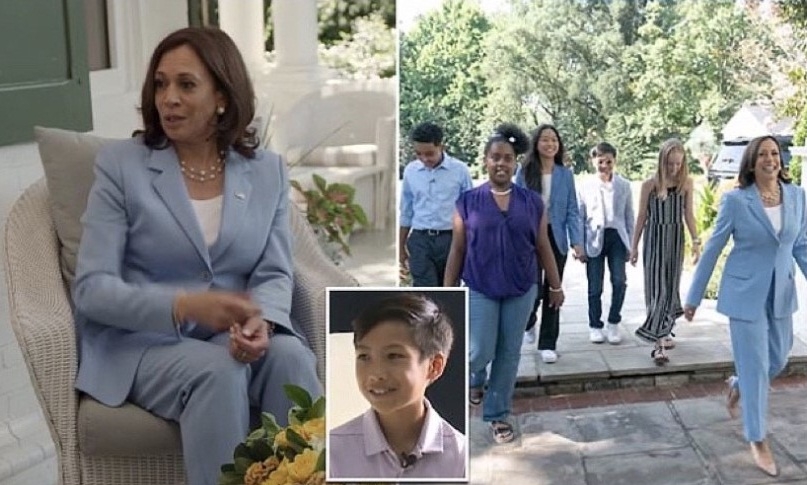 New York, Oct 13 (IANS) Kamala Harris’ social media team is being trolled for poor due diligence and inadequate authenticity in a 9-minute-NASA-backed video, where a content shop called “Sinking Ship” sneaked in paid actors to talk to Harris on STEM and space.

“I love the idea of exploring the unknown. There’s so much out there that we still have to learn. As the chair of the National Space Council, I’m eager to get our young people interested in STEM and space exploration. Watch “Get Curious”, Harris tweeted to her followers for a YouTube series called “Get Curious with Vice President Harris.”

Harris talked about her love of science, excitement over being able to see moon craters through a telescope and the importance of having big dreams. Her exaggerated animation and wide-eyed enthusiasm became a point of ridicule.

Overacting just might have passed. But the identity of the kids came out too. Call it Harris’ bad luck, a child actor in the video told the networks that he submitted a monologue and was interviewed for the role.

The internet erupted, wondering if Harris knew how to talk to ‘real’ children. Parallels were drawn with the HBO show, “Veep,” on an incompetent vice president and the hapless political team. It didn’t help to have Democratic infighting, the stalling of major pieces of legislation in Congress, low jobs numbers, a chaotic Afghanistan withdrawal, all bringing Biden-Harris approval ratings to an all-time low.

A White House official argued that the VP’s office hadn’t selected the children. Others in the Harris camp said the fact the children were actors explained why they performed better than the VP.

But critics have the upper hand. The video gave them a chance to say that Harris was “faker than Hillary Clinton”. As of now, thumbs downs are nearly 4x of thumbs up.

The SM-clumsy Donald Trump team has scented blood. “Just when you thought the most fake human being in the history of the world couldn’t get any more phony there’s this – Her commitment to cringe is truly impressive!” Donald Trump Jr, the son, has tweeted to his 7 million followers.