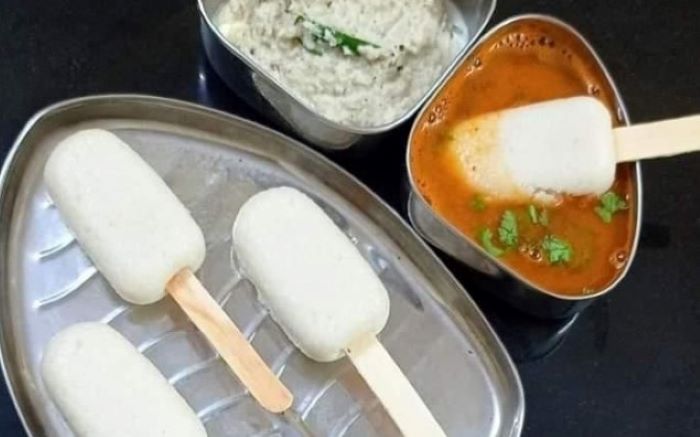 Bengaluru, Oct 2 (IANS) Social media is abuzz with responses on idli, the favorite south Indian dish loved by one and all, following the post by business tycoon Anand Mahindra.

Anand Mahindra has stated, “Bengaluru, India’s innovation capital, can’t stop its creativity from manifesting itself in the most unexpected areas — Idli on a stick — sambhar & chutney as dips. He has also asked the netizens to respond by asking “those in favour, those against??”.

He has posted a picture of three idlies on sticks presented like Ice candy to be dipped in chutney and sambhar. The post has gone viral and Bengalureans are still searching for the place which is offering this novel presentation. The post has generated more than 26,000 likes and 2,276 retweets and 570 Quote Tweets so far.

One of the responses said, “it is crime”, another latest response read, “Poor Idli. But, when rice and bread can be made in many innovative ways… why can’t Idli be modernized and reformed. After all why should bread have all the fun. Jokes apart, I think innovation is the key to growth and kids gonna love this.”

“As long as it’s yummy, it sails into our tummy.” “In favor for sure, a quick bite and saves the water used for washing those spoons.” “But, you want to increase the amount of waste with those sticks?” “As a Tamilian, the Idli stick will work fine with chutney but no good for sambhar”, are some of the responses.

One of the users observed, “Innovation in cities is always about how to give less and less food for more and more money.”

“Idly in round shape is doing fine. Let’s not create additional unwanted waste to be handled by the authorities and the environment,” the tweet read.