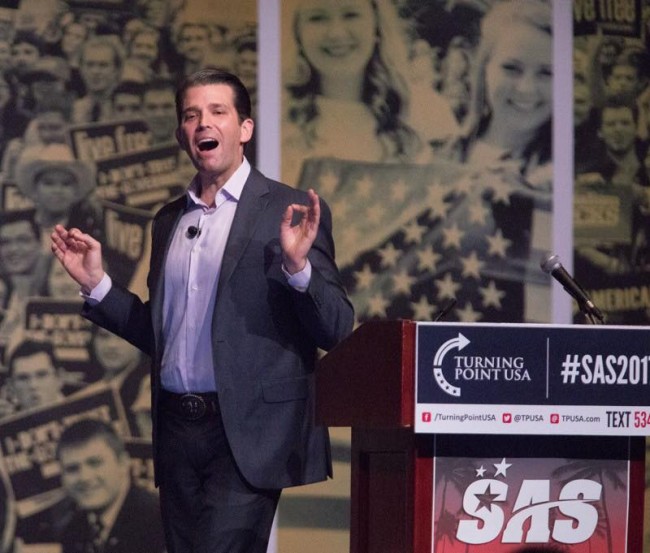 Washington, Feb 21 (IANS) The US State Department has distanced itself from Donald Trump Jr.’s trip to India, saying there has been no coordination between the agency and the President’s eldest son regarding a speech that the latter is scheduled to deliver in India later this week.

President Donald Trump’s eldest son is in India to meet business leaders and discuss real estate projects. He is slated to deliver a speech on Indo-Pacific relations at the Global Business Summit in New Delhi on Friday.

Indian Prime Minister Narendra Modi is also expected to speak at the event.

Heather Nauert, a spokeswoman for the State Department, said on Tuesday that “Trump Jr. was travelling to India as a private citizen and that the agency played no role in shaping his message during the visit”.

“Trump Jr. is not visiting in an official capacity,” she said.

Nauert said the Embassy has been in touch with the US Secret Service about the visit, but noted such communication was standard, the Hill magazine reported.

Trump Jr. doesn’t hold a post in his father’s administration. When the US President took office last year, he handed control of the day-to-day operations of his real estate empire to Trump Jr. and his second son, Eric Trump.

Dr Reddy's to defend against charges in US lawsuit