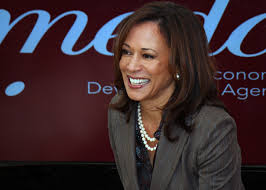 Washington, March 2 (IANS) Indian-American Kamala Devi Harris, the attorney general of California, may become the first Indian American senator in the US Congress, the media reported on Wednesday.

The landslide victory of 78.1 percent of votes earned Harris, the much-needed California state Democrats’ official seal of approval and, most likely, financial support from the party, reported the Los Angeles Times on Sunday.

“I’m incredibly honored to have the endorsement of the California Democratic Party in the US Senate race, and I’m so proud of the support our campaign has received from every corner of our state,” Harris relished the victory in a statement late on Saturday.

“We know there is more that unites us than divides us, and I’m grateful to the Californians who joined together to send that message this weekend,” she added.

The win also solidified her position as the front-runner for the US Senate and delivering a setback to her top rival, Loretta Sanchez who won 19.3 percent of the 2,139 ballots cast.

The remaining 2.6 percent voted for no endorsement at all, the report added.

While talking to Democrat supporters, Harris described the life-shaping experience of growing up in the Bay Area as the daughter of two civil rights activists.

Her speech hewed to the high ideals of the Democratic Party and the “poison” politics consuming the Republican presidential race.

She vowed to protect and restore the fundamental rights of all the citizens of the nation.

“For far too many, liberty and justice for all is a promise we have failed to keep,” Harris said.

Winning the party endorsement required at least 60 percent of the votes from credentialed party delegates or their proxies, a mark that historically has been difficult to reach because delegates also have the option of checking a box for “no endorsement”.

Harris has a long history of championing core Democratic ideals in California, including going after the big banks behind the mortgage crisis and leading the fight for same-sex marriage.

She was elected Attorney General in 2010 and re-elected in 2014 and is the first female, the first African-American, and the first Asian-American attorney general in California.