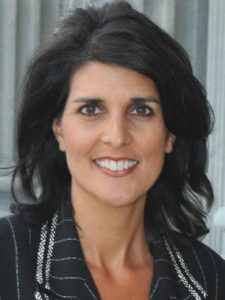 “It really is a slap in the face to anyone who has served over this past decade multiple times and left their life to do this,” said the Republican governor, whose husband is in the National Guard and recently returned from a one-year deployment to Afghanistan, Monday.

“We have active duty, but the active duty hasn’t felt the pain that the National Guard has felt, and this is not how you show your thanks,” she was quoted as saying by CNN.

Defence Secretary Chuck Hagel unveiled the department’s spending plan for 2015 and beyond, which reduces the size of the Army to its pre-World War II size. All military forces, both active and reserve, would be cut under the budget plan.

Speaking at a press conference by the Republican Governors Association following a bipartisan meeting of governors at the White House, Haley said Monday’s conclave largely had a respectful tone until the discussion turned toward military cuts at the end.

Under the proposed budget, Hagel said the military would become a smaller, more tactical force capable of fighting on one war front and maintaining effective defences for a second while shifting to more specialiced capabilities. Joint Chiefs of Staff Chairman Gen. Martin Dempsey also endorsed the plan.

Sankara Nethralaya raises over $32000 from Microsoft Give fundraising poker tournament