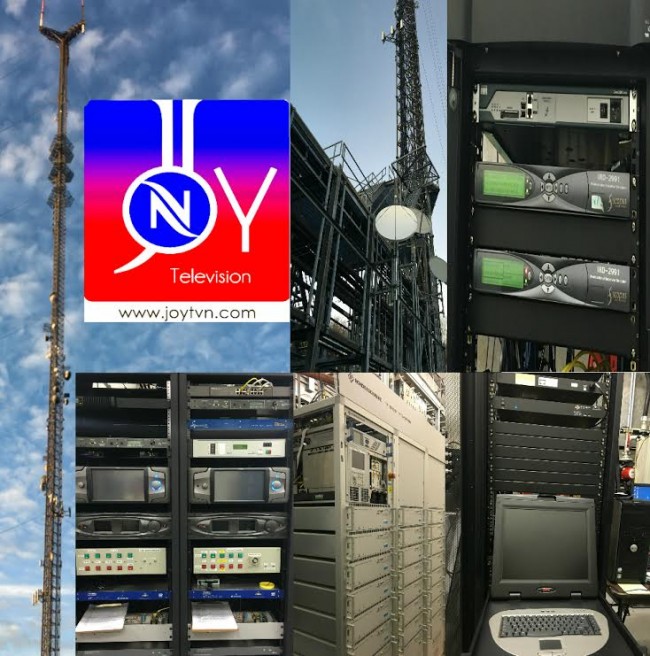 Atlanta, GA: Joy TV Network, the first Indian owned broadcasting station in the South Eastern United States, announced their operations in Atlanta. This broadcast, anchored at Channel # 21, is a FREE TV network available to all residents in the coverage area. Apart from the HD television Channels, Joy TV will also be airing a number of 24×7 Radio channels in various Asian languages. There will be a free app available for download, which will enable live/recorded telecast of the programs.

Apart from English and Spanish channels, Joy TV will have multiple channels in various Asian languages, including Hindi, Gujarati, Tamil, Telugu, Malayalam, Korean, Chinese and Vietnamese. Unlike other Asian Channels, which are available only by live-streaming through internet, these channels will be available Free-on-air.

Joy Television Network has a state-of-the-art recording studio and equipment. The programs are slated to go live in March 2016. It will have facilities for recording Local/National News, cultural events, health, sports, test kitchen and spotlight young entrepreneurs and educational/informational programs. Major local News and events will be broadcast live, while other events from around the US will also share prime airtime.

Initially the programs of Joy TV will cover nearly 5 million viewers while efforts are on to broadcast through cable carriers to telecast these programs to a wider audience. Joy TV is open to partnering with producers to develop programs for open/targeted audiences, said a press release issued by the network. It is also possible for interested parties to lease air-time from Joy TV’s channels. Joy TV welcomes inquiries from media corporations and public relations organizations about leasing an entire TV channel to broadcast their own programs.

P.I. Joy, the Chairman of Joy TV Network, said “There is a huge market out there that is waiting to tap into the demand for Asian and Hispanic culture and programs. Also, we cannot express ourselves effectively as a community, unless we are represented by a strong media. I am certain our US Pan Asian American community’s voice will now be heard, even in the capital and overseas.”

For more information about leasing on the TV and Radio broadcasting on Joy TV Network, please contact the