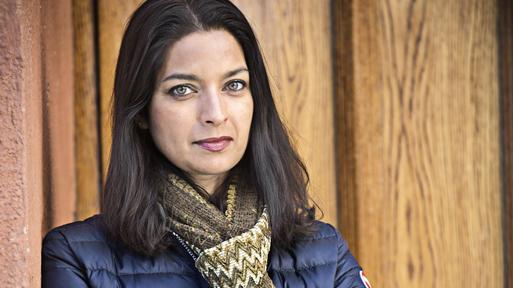 Princeton University’s Lewis Center for the Arts named Pulitzer Prize-winning writer Jhumpa Lahiri as the new director of the University’s Program in Creative Writing.  Lahiri, a Professor of Creative Writing on the Princeton faculty since 2015, succeeds 2017-19 U.S. Poet Laureate Tracy K. Smith, who has led the program since 2015 and on July 1 became Chair of the Lewis Center.

“Jhumpa Lahiri, one of the great writers of our time, is a truly galvanizing and empowering presence in the classroom,” said Smith. “Our community is enriched by her commitments to the development of student writers, the practice of translation, and the wealth of literature being written in languages other than English. Jhumpa has also engaged in conversations around the intersection of literature and other art forms and disciplines. Under her directorship, the Creative Writing Program will enter an urgent and meaningful new phase.”

Lahiri received the Pulitzer Prize in 2000 for Interpreter of Maladies, her debut story collection. She is also the author of The Namesake, Unaccustomed Earth, and The Lowland, a finalist for both the Man Booker Prize and the National Book Award in fiction. Lahiri is the recipient of numerous awards and fellowships, including the PEN/Hemingway Award, the PEN/Malamud Award for Excellence in the Short Story, the Addison Metcalf Award from the American Academy of Arts and Letters, the Vallombrosa Von Rezzori Prize, the Asian American Literary Award, the Frank O’Connor International Short Story Award, a Guggenheim Fellowship, and a National Endowment for the Arts Fellowship. She was awarded a 2014 National Humanities Medal by President Barack Obama.

Lahiri’s fifth book was a collection of essays she wrote in Italian while living in Rome, titled In Altre Parole (In Other Words). Lahiri continues to write and publish in Italian (The Clothing of Books, 2016, was originally published in Italian) and translate both her own work and the work of others from Italian to English. Her translation of Domenico Starnone’s novel Trick was published by Europa Editions in March 2018 and was a finalist for a National Book Award. She also translated Starnone’s novel Ties, which was named a New York Times Notable Book and Best Foreign Novel by the Times of London in 2017. Her novel written in Italian, Dove mi trovo, was published in Italy in 2018. The Penguin Classics Book of Italian Short Stories, edited and introduced by Lahiri, with selected translations, was published in March 2019.

Born in London and raised in Rhode Island, Lahiri received her B.A. in English literature from Barnard College and multiple degrees from Boston University including an M.A. in English, M.F.A. in Creative Writing, M.A. in Comparative Literature, and a Ph.D. in Renaissance Studies. She has taught creative writing at Boston University, Baruch College, Barnard College, The New School, and the Rhode Island School of Design.

“At a time when words are used to falsify and divide, I am proud and inspired to direct a diverse and inclusive creative writing program that unites Princeton students with some of the world’s finest writers,” said Lahiri. “Never before has our faculty represented such a multitude of cultures, languages, and perspectives. This year not only marks the 80th anniversary of the program, but our continued determination to redefine the literary landscape.”

The Program will celebrate this milestone anniversary with appearances by 80 writers over the course of the coming academic year.

It is with these internationally known writers that over 300 Princeton undergraduates take courses in poetry, fiction, screenwriting, and literary translation each semester, a number that continues to grow. Small workshop courses, averaging eight to ten students, provide intensive feedback and instruction for both beginning and advanced writers. Through the Program, students can earn a certificate in creative writing in addition to their degree in a major. Each year, these 20 to 30 seniors work individually with a member of the faculty on a creative writing thesis, such as a novel, screenplay, or a collection of short stories, poems, or translations.

“One learns to write not only by reading and writing,” said Lahiri, “but by being in contact with other writers. Literary expression has always been a battle cry; now more than ever we must arm our students with a voice and with imagination.”

In addition to this course of study, the program invites writers of national and international distinction to give a reading and discuss their work. The Althea Ward Clark W’21 Reading Series features acclaimed writers, which this year will include Yusef Komunyakaa, David Treuer, Maxine Hong Kingston, Andrew Motion, Aleksandar Hemon, Andrey Kurkov, Sapphire, Sheila Heti, Joy Harjo, Mei-Mei Berssenbrugge, Yoko Tawanda, Kaitlyn Greenidge, Helen Oyeyemi, and Nicole Sealey. The C.K. Williams Reading Series, named in honor of the Pulitzer Prize and National Book Award-winning poet who served on Princeton’s creative writing faculty for 20 years, showcases new work by seniors in the program along with established writers as special guests. Guest this year will include Emily Jungmin Yoon and Matthew Zapruder, among others.  Occurring monthly from September through May, readings in both series are free and open to the public.

The biennial Princeton Poetry Festival, curated by faculty member Paul Muldoon, features a diverse group of poets from around the world, with this year’s festival on October 25 and 26 welcoming Ellen Bass, Gabrielle Bates, Cornelius Eady, Kimiko Hahn, Dora Malech, Harryette Mullen, and Ben Purkert from the U.S.; Indran Amirthanayagam from Sri Lanka; Lidija Dimkovska from Macedonia; Ishion Hutchinson from Jamaica; Vasyl Makhno from Ukraine; and Tommy Pico from the Kumeyaay Nation. The festival is free and open to the public.