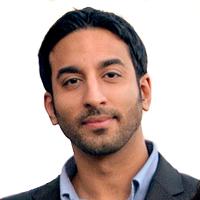 This is also about the time of year when anti-H-1B propagandists crawl out into the sunlight like xenophobic groundhogs to regurgitate their timeworn arguments against the visa program. They allege that the H-1B program as a whole fails to deliver the “best and the brightest” to America, that Americans are being displaced by foreigners earning “low wages“, that there are sufficient numbers of qualified American workers to fill the proffered jobs. Some of the slicker ones even feign an interest in the welfare of H-1B workers by claiming widespread abuse by H-1B employers (despite the fact that H-1B workers may transfer to another employer in 8 days whenever they’d like, and that they are protected by the DOL W&H and other agencies to a degree that would make a U.S. Citizen green with envy).

These arguments are, in summary, entirely bereft of any unbiased and relevant data and in actuality are nothing more than a shady pretext by which to undermine, restrict or terminate the H-1B visa program, a vital American asset.

The actuality is that our immigration policy is increasingly hobbled by protectionists who would, for short term gain (or perhaps unknowingly), damage our nation’s international lead in Science, Technology, Engineering and Mathematics (STEM), the same fields that 70-75%% of H-1B workers are brought to the U.S. to fill. There is a very real and obvious problem with education in our country, but it is not the H-1B Program, rather, the issue is that We. Are. Not. Producing. Enough. STEM. Workers.

Instead of scapegoating Srinivas from Hyderabad for daring to fill one of the 480,000 open computing jobs nationwide, the anti-H-1B folks should be asking why Suzy from Ohio is majoring in Italian Art History instead of Computer Engineering.  Other questions come to mind: “When was the last time you met an American majoring in Mathematics?” and “Why are half of all Ph.D. candidates in America foreign born?”.

The H-1B program allows the U.S. to remain globally competitive in the midst of the Tech Revolution; it delivers the fuel that keeps lit the torch of American Exceptionalism. American employers with open STEM positions which are willing to pay thousands of dollars and shoulder legal and regulatory burdens to hire an H-1B worker; it would be counter-intuitive to take on these burdens if U.S. workers were actually available for the position.  The average H-1B worker has dedicated their youth and the first phase of their adulthood to discipline and study.  H-1B workers and their families live by traditional values which are entirely compatible with Western Values and Capitalism: they work hard and sacrifice incalculably to cover the tremendous costs associated with their specialized courses of study so that they can achieve success, a concept every American understands and also desires (but perhaps not enough to major in Molecular Biology).  A significant percent of H-1B workers have even attended U.S. Universities and Colleges, paying a significant portion of the $32 billion dollars this country earns every year from international student tuition fees (this number will likely drop considering 4 out of 10 colleagues are seeing drops in applications from international students).

H-1B workers have filled our massive skills gap and created intellectual property, businesses and jobs for America. They are Makers, not Takers.  It is therefore particularly disheartening to witness illogical attempts to reject these professionals, especially when other nations are outcompeting the U.S. in eagerly recruiting STEM workers (sometimes from within our own borders).

As a Country, we need to shake off the illusion that we can “coast” through this increasingly competitive world on the basis of our previous generation’s achievements.  The future of our Nation and our Industry lie in our leadership within the STEM sectors.  Instead of rejecting 150,000 or so of these high-skilled H-1B immigrants every year due to insufficient H-1B Cap numbers, or making these professionals wait up to 12 years for a green card, we should be facilitating their immigration.