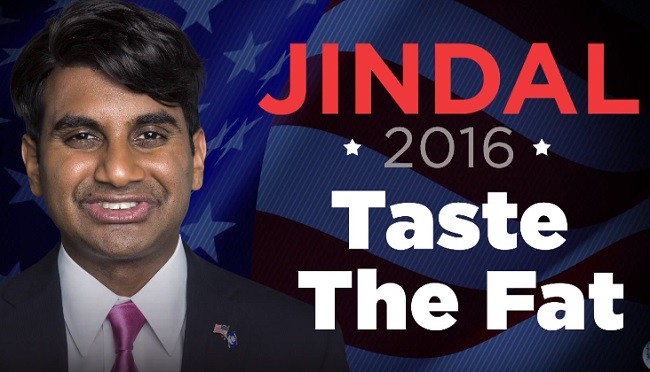 When Jindal entered the 2016 race, Ansari thought it could be his big “Saturday Night Live” moment. “I finally look like a guy!” he joked recalling his excitement.

“I’m used to appearing on C-SPAN at 2 a.m. right before they start airing those NutriBullet infomercials, so this is crazy!” Ansari, as Jindal, said.

He also poked fun at Jindal for not believing in “any science, period” and, as Jindal, “corrected” Fallon’s suggestion that the campaign was not in a good state.

Later in the show, Ansari gave his take on why Jindal wasn’t doing well in the primaries. “I have a theory that he’s not Indian,” Ansari said. “I don’t know any Indian person that would allow himself to lose to that many white people in a contest.”