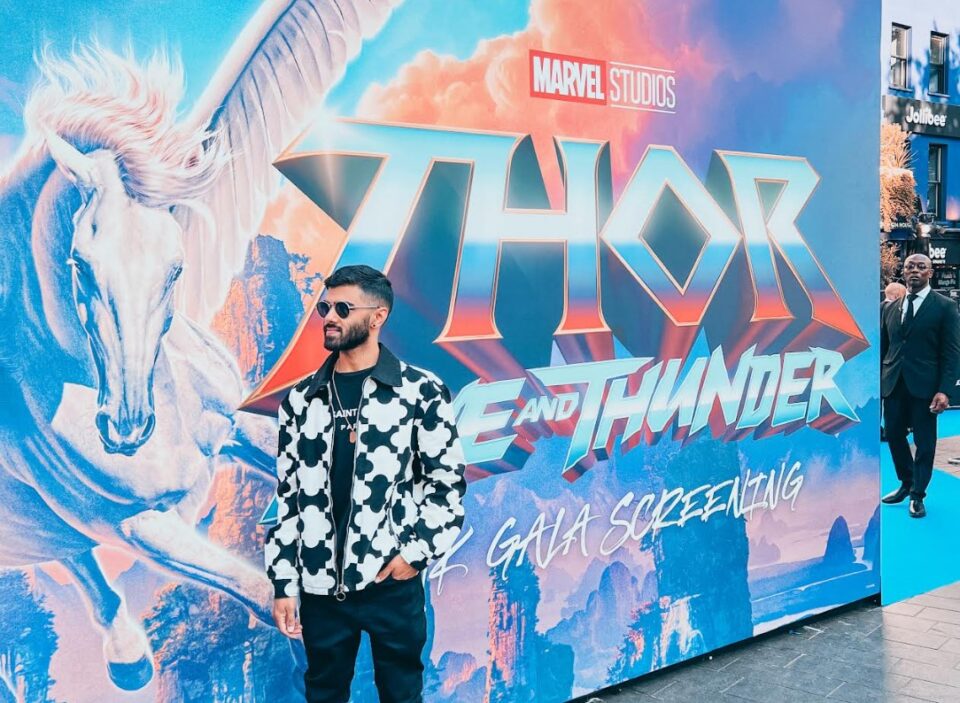 “I was just messing with TikTok my mom’s iPhone since I didn’t have my own, and starting filming my nani making rotis. I did a rap of another song and added some words to it. And that just went viral,” UK based mash up artist AJWAVY said in his interview with NRI Pulse. The British born DJ/Producer who forayed into TikTok with that home video only a year ago, was launched by Sony Music Entertainment India!

In his debut with Sony Music India, DESI BOP, AJWAVY has mixed some chart-topping tracks including “Why this Kolaveri Di”, “Proper Patola”, “She Move It Like” and “Mercy” by popular music producers, Anirudh and Badshah. Desi Bop was released on October 7, 2022.

AJWAVY was discovered by Sony Music India on Instagram in June this year. His unique sense of sound and melody enables him in creating distinct mixes and beat switches that transcend geographical barriers. His works have proven to create a euphoria for listeners which effortlessly gets the audience to engage with him. His visuals that often include his family, have taken social media by storm with audience’s praises pouring in and some of his videos crossing 20 million views. AJWAVY has amassed an incredible online audience with close to 1 million followers on socials in just a year.

Does he have a professional set up at home to create his music? “I just have my computer, keyboard…logic pro. Nowadays you don’t need professional equipment to produce music,” the Desi Bop creator said. AJWAVY lists Timberland, Kanye West, A.R. Rahman, Swedish DJ, remixer and music producer Avicii a some of his favorite singer/composers.

His recent “Hotline Bling” remix went viral across the globe, being featured amongst celebrities like Nicole Sherzinger, Priyanka Chopra, Shahid Kapoor and some sports brands such as Champions League, Manchester United, Real Madrid and FC Barcelona to name a few.

What does the future hold for AJWAVY? “I am super excited to do live shows and explore singing too,” says AJWAVY. As for Desi Bop, he wants his audience “give a listen” and let him know what they think. Tune in!

It's Diwali for Vrindavan widows too, this year