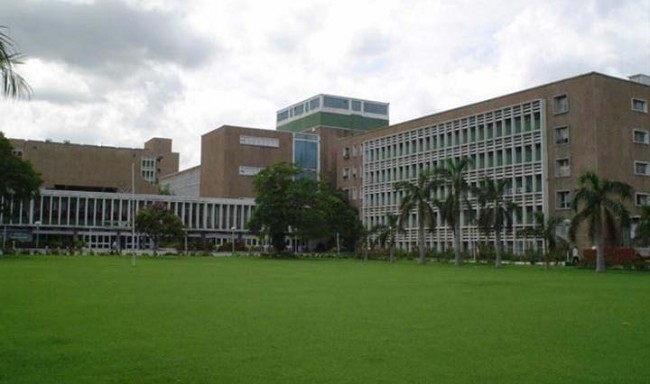 New Delhi, Jan 9 (IANS) Holding out hope for scarred acid attack victims and those with congenital defects, researchers at All India Institute of Medical Sciences (AIIMS) in collaboration with US-based Ohio University have developed a revolutionary technique to regenerate human body parts and tissue.

The new technique would have a direct impact on over 90 percent of Indian patients, suffering from health issues like malignant tumours, possible amputations, infected skin tissue and can even help tide over shortage of certain organs in the country, doctors associated with the project told IANS.

As part of the project, both the top health-cum-education institutions have consented to set up a regenerative medicine centre at the newly inaugurated Convergence Block of AIIMS.

“There is no doubt that this collaboration is going to create a revolution in the medical arena. The chances of rejection and reaction while using a person’s body part in another patient will end forever. This medical advancement is going to be a boon for acid attack victims with even 40 percent burn injuries as the damaged skin can be regenerated,” M.C. Misra, Director, AIIMS told IANS.

Misra said the reason AIIMS choose to collaborate with Ohio University was that the US varsity has already regenerated body parts like the trachea, urethra and urinary bladder several times, and not just for Americans but also for patients in European countries.

As part of the collaboration, a delegation of 70 researchers from Ohio University will meet Union Health Minister J.P. Nadda in the national capital and hold a press conference Jan 12-13 to announce the development.

Misra said that though the technology is fast catching up in the West, Indian medical institutions will be able to use the regenerative medicine technique for treatment in the next two-three years.

The Indian Journal of Plastic Surgery in 2014 concluded that India alone witnesses around 9-10 lakh burn injuries annually leading to damage of skin and organs. Also as per the health ministry estimates, over 500,000 people die each year because of non-availability of organs.

“Apart from helping burn patients, the regenerative medicine technique will also be a perfect cure for the rapidly growing problem of organ dysfunction or damage due to aging, cancer, trauma and metabolic diseases. They can effectively be managed by replacing it by tissue-engineered scaffold with impregnated stem cells,” Amit K. Dinda, president, Indian Society of Renal and Transplant Pathology and professor pathology at AIIMS, told IANS.

Dinda said that the regenerative medicine technology can also be applied for engineered skin, bone, trachea and vessels. Management of chronic wounds is also possible using this advanced mode of therapy.

“Application of 3D technology is used to fabricate a scaffold of bone exactly in the shape and size needed for a patient. The scaffold is fabricated with biocompatible material. Autologous (derived from the same individual) stem cells can be impregnated in the scaffold and the defective part of bone can be replaced by this engineered bone,” Dinda told IANS explaining the process.

On why India lacked expertise in such technology, Dinda said that in India though there is some progress in stem cell research, the lack of interest among the major engineering and medical institutions to work jointly is the main factor.

Founded in 1870, Ohio State University is one of the largest public research universities in the United States. It’s Centre for Regenerative Medicine and Cell Based Therapy (CRMCBT) has extraordinary research infrastructure and a massive research programme with annual research expenses of amounting to $one billion.

As part of the collaboration, several visits will be made by delegations from both countries so that the Indian medical scientists learn all the features of the medical advancement.

The project is to be funded by the Department of Biotechnology (DBT) and the Indian Council for Medical Research (ICMR).

Chandan K. Sen, Director CRMCBT of Ohio University, said the project will introduce a new discipline of medicine to AIIMS and CRMCBT will guide them at every stage.

“The number of patients Indian hospitals receive is much larger than in any other country. Our focus will be to make AIIMS a pioneer in regenerative medicine. However, the point to be noted is that AIIMS should have thought of picking up such issues much earlier,” Sen told IANS over the phone from Ohio.

Sen noted that until there is willingness among the Indian experts from various fields to work together to develop such a technology, the project cannot be accomplished.

“After all, this is the reason India lacks behind Western nations despite having the perfect minds and resources,” Sen said.