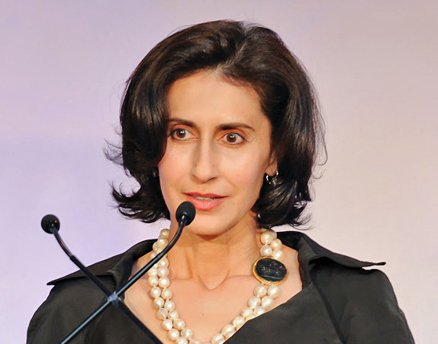 Raji, a top bundler for Obama who raised more than $3 million for his 2012 re-election campaign, was earlier appointed to the president’s Commission on White House Fellowship last year.

She is the second Indian-American to be nominated to a top diplomatic post.

Ahead of Prime Minister Narendra Modi’s visit to the US, Obama had nominated Richard Rahul Verma, a key aide to former secretary of state Hillary Clinton, as the new ambassador to India.

Raji joins a growing number of Indian-Americans in the Obama administration, which at over 30 boasts of more people of Indian origin than any previous administration.

Both Raji and Verma would need Senate confirmation before they take up their assignments.

Raji previously worked as a vice president of JP Morgan, where she focused on fixed-income investments.

“These fine public servants bring a depth of experience and tremendous dedication to their important roles. I look forward to working with them in the months and years to come,” Obama said in a White House statement announcing Raji’s nomination with several other key posts.

California-based Raji is engaged in various leadership roles with several civic and non-profit institutions in New York and the District of Columbia.

She has also served as a commissioner of the Smithsonian National Portrait Gallery.

Since 2013, Raji has served as a director of the National Partnership for Women and Families, a member of the Bretton Woods Committee, and an advisory board member of the Economic Advisory Council at the Centre for American Progress.

In addition, she has been an advisory board member of the Columbia Business School Social Enterprise Programme since 2011, and a trustee and executive committee member of Barnard College at Columbia University since 2010.

Raji was also a founding co-chair and advisory board member of Athena Centre for Leadership Studies at Barnard College from 2009 to 2013.

A member of the Institute for Chartered Financial Analysts since 1991, she held senior positions at several firms, including JP Morgan Securities.

She was national finance vice-chair for Obama for America in 2012. Raji received a BA from Barnard College, Columbia University and an MBA from Columbia Business School.