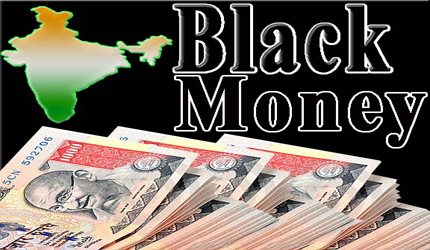 New Delhi, Oct 27 (IANS) Even as the Indian government Monday took the first real step towards getting back black money, or undeclared wealth allegedly stashed away by Indians in overseas accounts, by naming three such people in the Supreme Court, what is the actual quantum of such funds being talked about is not clear

Despite some official White Papers, or government reports, on black money tabled in the past, only unofficial estimates by independent agencies are floating around. The variations are also rather wide.

One figure that is often quoted came from senior BJP leader L.K. Advani, who was India’s deputy prime minister and home minister during the regime of the National Democratic Alliance (NDA) till 2004. Advani, as a key opposition leader, had said in 2011 that some Rs.28 lakh crore (around $466 billion) was stashed away illegally in bank accounts overseas.

He said he was using a study by Global Financial Integrity, a Washington-based non-profit that does research and advocacy on illicit financial flows, for his estimate. Advani also said the names of 782 alleged Indians with illegal overseas accounts – that have not been declared with the Indian government and hence no taxes paid on them – were not being disclosed.

Advani’s own party in 2011 had estimated the black economy at between $500 billion and $1.4 trillion.

In the Government of India’s White Paper presented in parliament in 2012, the total deposits of Indians in all Swiss banks was around $2.1 billion — nowhere even near the lowest estimate of $466 billion.

In fact, there were also reports quoting a so-called report of the Swiss Banking Association in 2006, as per which black money of Indians overseas was placed at $1.46 trillion. But these reports were subsequently denied by Swiss authorities. The Swiss Bankers’ Association said it never published such a report.

It will be worthwhile, however, to revisit the May 2014 report of Global Financial Integrity, which took note of the Prime Minister Narendra Modi government forming a Special Investigative Team (SIT) to probe illicit financial flows.

“Illicit financial outflows are a massive problem for India. GFI esearch finds that India lost $343.9 billion to illicit outflows from 2002 to 2011,” it said, adding: “India ranks 5th in the world in illicit outflows, and is the poorest country in the top-10 by per-capita GDP.”