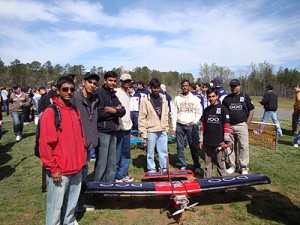 Washington, Nov 7 (IANS) Indian students largely drove the growth of new foreign enrolment in US graduate schools this year with a 40 percent surge, while growth from China slowed to 5 percent, according to a new survey.

“While the substantial increase in first-time enrolments of Indian students is positive, the fluctuation in India enrolment in recent years makes it difficult to confirm a definite trend,” said CGS President Debra W. Stewart.

Overall, first-time international enrolment in US graduate programmes rose 10 percent to 71,418 students this year, the survey found. Total foreign enrolment was 220,317-about 15 percent of all graduate students in America.

On the other hand, after seven consecutive years of double-digit growth, first-time enrolment among students from China increased by just 5 percent in 2013, a substantially smaller increase than the 22 percent surge in 2012 and 21 percent increase in 2011.

Despite a 12 percent dip in new enrolees between 2012 and 2013, South Korea also continues to be a leading source of international graduate students in the US, behind only China and India.

International graduate students continue to enrol in fields that have been traditionally popular among this population.

The two most popular fields among international students are physical and earth sciences, which includes mathematics and computer sciences, and engineering: together they comprised 47 percent of all international graduate student enrolment in 2013, according to survey respondents.