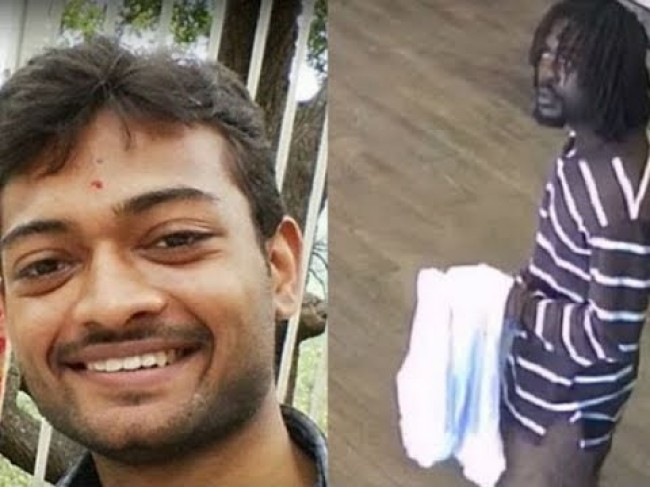 New York, July 17 (IANS) Police in the US have confirmed that the man shot dead in a shootout in Kansas City was the suspect in the killing of Indian student Sharat Koppu, who was from Telangana.

Kansas City police chief Rick Smith told reporters on Monday that they identified the man killed in Sunday’s confrontation with police as Marlin Mack, 25, who was seen in the surveillance video from the shooting of Koppu at a restaurant on July 1, according to KCNB television.

Three police officers were injured in two separate shootings involving Mack on Sunday and he was killed in a third one.

KCNB reported that Mack had a criminal history and was released from prison last year. He appeared to be of African descent from the picture released by police.

Police said they received about 40 tips about him, eight of which led to him on Sunday. A $10,000-reward had been announced for information leading to the capture of the suspect in the Indian student’s killing.

Koppu, who had come to the US in January and was doing his Masters in computer science at the University of Missouri-Kansas City, was shot dead at a restaurant during what appeared to be a robbery.

According to KCNB, Koppu’s cousin Raghu Chowdavaram thanked the police for following up the case.

“The family would like to express their gratitude to the police officers who risked their lives in pursuing this case. We are disheartened to hear that they’re injured, and we’re praying for a speedy and full recovery,” said Chowdavaram.

The three officers were recovering in a hospital.

According to police, when two undercover police went to the motel where the suspect was seen, he shot and wounded them before fleeing with another person.

When police tracked him down to a house in the area, he shot another officer there. As many as 50 gun shots were heard during the confrontation, the Star reported.

When the man came out of the house, there was more exchange of gunfire and he was killed, the newspaper reported.

According to reports, Mack was sentenced in 2011 to seven years in prison for robbery and assault but was released in 2015.

Soon after, he was convicted of burglary and sentenced to four years, but released after two years.

The Kansas City where Koppu was killed is in Missouri state. There is also a Kansas City in Kansas state where two Indian engineers from Telengana were attacked at a restaurant in Olathe last year. One of them was killed by a white man while the other was critically injured.