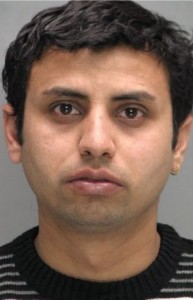 New York, June 29 (IANS) An Indian-American has been sentenced to 33 months in jail for distributing synthetic drugs in the US, media reported.

Amerjit Singh Grewal, 34, was sentenced to 33 months in federal prison by the US District Court in Lancaster Thursday after pleading guilty to the unlawful distribution of bath salts and synthetic marijuana, The Sentinel reported Saturday.

Grewal, a resident of Lancaster in the eastern US state of Pennsylvania, has been accused of selling almost a half-kilogram of bulk bath salts to an undercover officer in the parking lot of a gas station near Grantville in March 2012.

He obtained large quantities of bath salts and synthetic marijuana, then distributed the drugs to be sold in convenience stores and gas stations, according to federal prosecutors.

The district court judge also ordered Grewal to forfeit approximately $500,000 seized by investigators from bank accounts held by him and a co-defendant, Kulwinder Singh Grewal, who has not been sentenced yet, the report said.