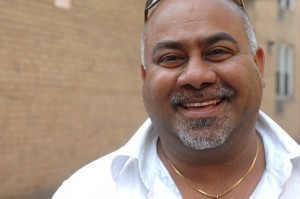 New York, Oct 28 (IANS) An Indian citizen residing illegally in the US has been sentenced to 15 years in prison for allegedly trying to provide material support to Hezbollah, a designated foreign terrorist organisation.

Patrick Nayyar, 50, who was convicted in March 2012 after a seven-day jury trial, was sentenced Monday in Manhattan federal court by US District Judge Robert W. Sweet.

Announcing the sentencing, Preet Bharara, the Indian-American US Attorney for the Southern District of New York, praised the investigative work of the FBI’s New York Joint Terrorism Task Force.

According to the prosecution, between July and September 2009, Nayyar and his co-conspirator, Conrad Stanisclaus Mulholland, agreed to provide weapons, ammunition, and vehicles to Lebanon-based Hezbollah.

During a series of meetings with a confidential informant working with the FBI, who represented himself as able to deliver materials to Hezballah, Nayyar and Mulholland agreed to sell guns, ammunition, vehicles, bulletproof vests, and night-vision goggles to the confidential informant, the indictment said.

Nayyar’s co-conspirator Mulholland, 47, who is not a citizen of the US and resides abroad, left the US before charges were filed, and remains at large. The charges against Mulholland are pending.