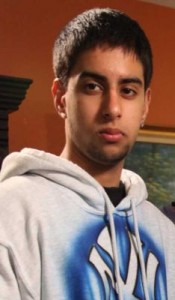 New York, Jan 20 (IANS) An Indian American student, who found his parents shot to death in their family home in Syosset, a hamlet in New York’s Nassau County seven years ago has been found dead in Philadelphia.

The body of Pulkit Singh, 20, a student at the University of Pennsylvania’s Wharton School, was discovered last week in his off-campus room, Newsday reported citing The Daily Pennsylvanian, a college newspaper.

The cause of death is being investigated by the Philadelphia health department and campus police, it said.

Criminality was not suspected but a health department official told The Daily Pennsylvanian that the cause of death might not be determined for months.

“He was the star of our family, and he had a brain that could think at least 10 or 12 years ahead of his time,” his uncle Joginder Singh told The Daily Pennsylvanian.

In 2011, Pulkit, who also went by the name Josh, told the New York newspaper that he was haunted by the discovery of his slain parents and by the fact that the killer was still on the loose.

Police said at the time they believed the parents, who immigrated to the US from India, had been targeted.

According to his LinkedIn profile, Pulkit Singh was pursuing dual degrees from the Wharton School of Business and the School of Engineering and Applied Sciences at Penn. He expected to graduate next year.