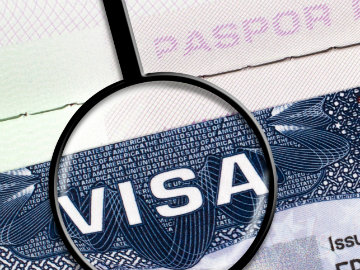 New York, June 2 (IANS) An Indian national claiming to work with a Bollywood company was charged with visa fraud on arrival at a US airport, media reported.

Sukhpal Veer Singh arrived at the John F. Kennedy Airport from Kuwait with a visa issued by the US embassy in New Delhi that was revoked last month “due to irregularities in the application”, reported the New York Daily News.

An official complaint for visa fraud was filed on Monday at the Brooklyn Federal Court.

Stating that he was a production manager for Bollywood studio “Seven Star Film Productions”, Singh admitted to Customs and Border Protection officers that it wasn’t true that he was now unemployed.

In February 2013, an Indian national, Nitinkumar Chandubhai Patel, claiming to be scouting for filming locations for a Bollywood company, was charged with visa fraud at the same airport after discrepancies in his story. He was later found to be a farmer.

"India more progressive than US on transgenders"