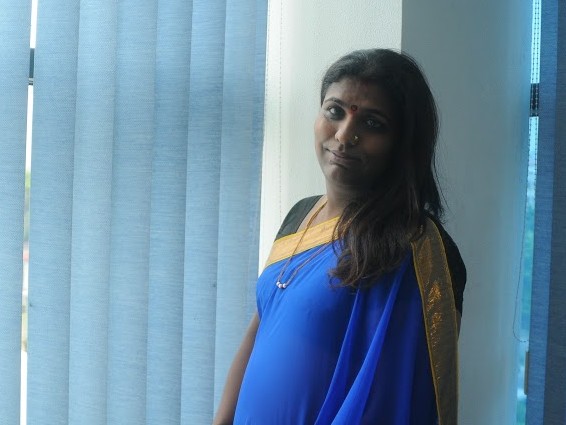 New Delhi, June 2 (IANS) India is much more progressive than the US when it comes to the third sex, says activist Amruta Alpesh Soni. She is only the second to get an Indian passport in the “T” (transgender) category and the first such to get a US visa, albiet under the “female” category.
“We think America is more progressive than India on many counts. Now, I have realized that they are far behind us when it comes to transgenders,” Soni told IANS before heading for the US on Tuesday to attend a Trans-Health Conference at Pennsylvania, and deliver a speech on “HIV transgenders living in India”.
It took a week for the US consulate Kolkata to clear her application. It was put on hold over her “T” status. Her being HIV positive added to their confusion, she felt.
The Supreme Court may have recognized transgenders as the third gender, but Soni’s experience with her visa only affirms that the picture isn’t rosy as it seems.
“There is a huge gap between the transgender community and society. The stigma will continue unless mindsets change,” she said.
Her journey from the streets of Pune to an advocacy officer, with HLFPPT, an NGO working on reproductive and child health, was never an easy one. Being an HIV person is a double whammy, she felt.
Like every parent, hers too initially tried everything to make her lead a “normal” life. Raped by her uncle, Soni also had to go through the phase of self-realization and struggle through her teenage years.
However, disowned by her family at the age of 16, she joined a gharana in Pune, where her initiation into the community was performed through rituals and “surgery”.
Not to be bogged down by fate, Soni completed cleared her class XII examination through the open school system in-between begging on the streets.
“A shopkeeper helped me complete my studies. He used to help me with money, which I gave to the gharana,” she said.
Her urge for higher studies led Soni in Delhi after fleeing the gharana. Though she managed to get admitted to the Jamia Milia Islamia through an acquaintance for a bachelor’s course through correspondence, survival in the city was a nightmare. Joining a Delhi gharana was out of question as her Pune gharana had sounded an alert against her. “I did sex work for money. Sometimes I would do it for Rs 50,” she said.
Landing a job in a call centre opened a new world for her, though it was unfriendly.
Four years into the job, Soni was tired of hiding her identity. “I used to dress up as a male in office and my colleagues took me as a gay. It was frustrating to use the men’s washroom and hiding one’s sexuality,’’ she said.
Unable to endure this, she went back to Pune. However, things changed when she was diagnosed as HIV positive in 2012. “The stigma doubled as an HIV person. I had to fight it inside the community and outside,” Soni said. Her association with the NGO prompted her to take up social work for HIV positive people.
There was no looking back since. As an advocacy officer with HLFPPT, she is the face of the campaign for the HIV positive. However, the wait for a father figure for her eight-year-old adopted son continues. She hopes simplymarry.com, where she has posted an ad last week, will help her find a partner.
previous post

R. Madhavan gets into spiritual mode on birthday

Indian charged with visa fraud on arrival at JFK

Baby of the Month – Varaa