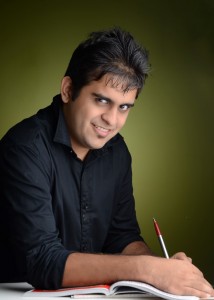 Chandwani bagged the prestigious award for his book titled “Coded Conspiracy” and documentary “Escape from Kenya”.

At 21, Chandwani is also the youngest to win the American the award announced Aug 4.

Conceived while directing his travel show “Song of the Open Road”, “Coded Conspiracy”, Chandwani said, was a result of his unswerving passion for writing.

Published by New Delhi-based Rectitude Publishing House, “Coded Conspiracy” offers a gripping tale of love and betrayal with an intriguing cast of characters.

Chandwani, who was first noticed in 2011 when he came out with his first novel titled “I wrote your name in the sky”, is also a winner of the United Kingdom Writers Forum’ Award in literature – a first for an Indian.

Currently busy writing the scripts for a Hollywood movie, an upcoming Bollywood movie and a travel documentary, Chandwani is also working as an assistant director on “Saffron Skies”, another upcoming Hollywood film.