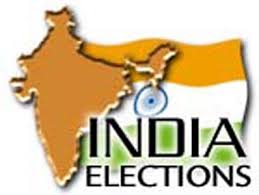 Chicago, Dec 17 (IANS) Indian American groups have taken keen interest in the recent Indian state elections with a large number of them seeing the defeat of the Congress as a chance to root out the endemic corruption in the country and restore good governance.

Community meetings have been held in several cities from Chicago to New York to Washington and Houston to hail the election results, especially the BJP win and the unexpected victory of the Aam Aadmi Party. While some Indian Americans were reported to have campaigned for the BJP, many young Indian American technocrats took leave from their office jobs to campaign for Arvind Kejriwal and his party.

More than 300 supporters of the BJP and Gujarat Chief Minister Narendra Modi attended a victory celebration in Houston. Speakers at the event said the election results gave Indians a “third opportunity to turn the country around.

“The first opportunity was India’s independence in 1947 and the second was the lifting of the emergency in 1977. Both these opportunities were wasted,” said a local businessman Ramesh Bhutada,”This opportunity should not be lost for the third time.”

Bhutada and other speakers said that poor governance, corruption and misrule had brought the country to a standstill. Real economic progress, as exemplified by Modi’s home state of Gujarat is what India needs, Bhutada said to applause.

Indian Americans, Bhutada noted, had a strong stake in India’s progress, even if they had left the shores of the motherland. “The next generation of Indian Americans will not feel any connection with the land of their forefathers if India remains a weak player on the world stage.” He welcomed the rise of the Aam Aadmi Party which, he said, would “keep the BJP on its toes.”

Speakers from the Overseas Friends of the BJP said there was a palpable sense of “hope” for the general elections due in May, 2014, while conceding that the general elections were a “very different ball game” (from the state assembly elections). Gitesh Desai, who began his political career with Jayaprakash Narayan’s ‘total revolution’ movement in the mid-seventies, said that the BJP’s win in the state elections could translate into victory in the national elections next year.

There were some digs at Rahul Gandhi, with speakers pointing out the BJP won in 16 out of the 20 constituencies that Modi campaigned in the state elections. On the other hand, the Congress, they said, lost in all the eight constituencies in which Rahul Gandhi campaigned. Other speakers took a dig at the “left leaning media in India, which is adept at planting and disseminating anti-Modi stories.”