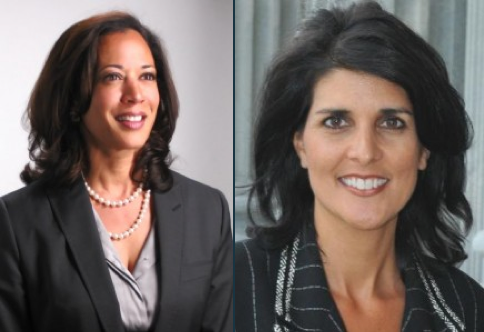 But Republican Neel Thushar Kashkari was routed by California’s Democratic Governor Jerry Brown in Tuesday’s poll to win a historic fourth term, while Ami Bera, only the third Indian-American in the US Congress, was in a dead heat race for re-election from northern California.

“With Haley at the helm for four more years, South Carolina is sure to experience continued growth and success. No one fights harder for South Carolina than Governor Haley, and because of her, it’s going to be another great four years,” the New Jersey governor said.

The first Hindu-American Congresswoman Tulsi Gabbard, who is not of Indian origin, has also coasted to a rollicking re-election House victory over Republican Kawika Crowley in President Barack Obama’s home state of Hawaii.

Results of other races involving a record 30 Indian-Americans are still coming in. Four of them are seeking a two-year term in the House, two are running for governorships, three more for other top state jobs and 20 are eyeing legislative seats in 15 states.