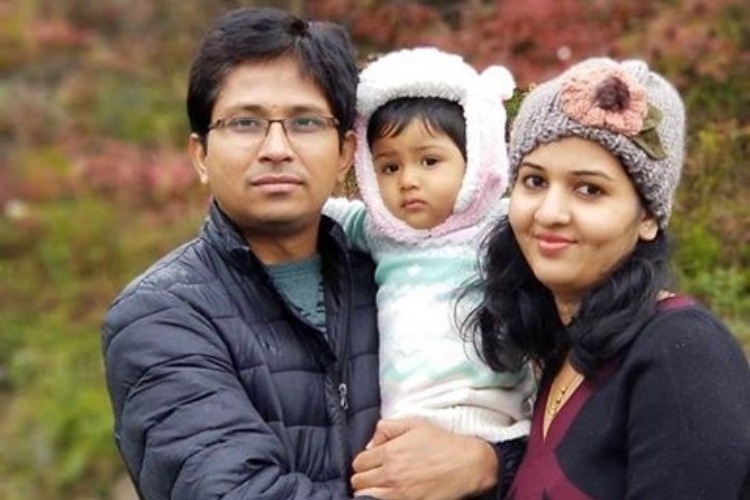 Atlanta, GA, June 9, 2019: A road trip to Myrtle Beach turned tragic for a North Carolina family, when the car in which they were traveling was hit by a tanker truck and burst into flames in Columbus County on Thursday.

The Ford Focus ran a stop sign at the intersection of U.S. Highway 74 and N.C. Highway 410 near Chadbourn and was hit by the oncoming tanker truck, according to media reports.

Mukesh Deshmukh, 37, and his young daughter Divija were killed. Monika, 36, who was driving the car, survived the crash. She was rushed to the hospital and is out of danger, according to a GoFundMe account set up for the family.

The family was reportedly on its way to the beach to celebrate Divija’s third birthday.

Relatives of the family in India are trying to get emergency US visas to bring the bodies of the deceased back, and to care for Monika.