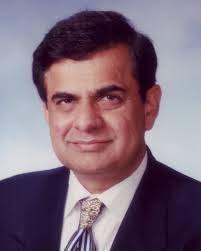 “I allowed myself to be identified with that group,” he said in an emailed statement “because some members of the group are friends of mine”.

“I wish to clarify that I no longer belong to the group and I do not support the candidacy of Mr. Donald Trump,” Parikh, founder chairman of Parikh Worldwide Media publishing house, said without assigning any reason.

“For over three decades I have supported both Democrat and Republican candidates based on their individual merits and their commitment to the interests of the Indian-American community and US-India relations,” he wrote.

“I remain committed to this course,” added Parikh, who had been named chair of fundraising and advisory committee of Indian-Americans for Trump 2016 formed in January.

Calling Trump the “best hope for America”, the group from New York Tristate area formed a Political Action Committee (PAC) to support and raise funds for him.

Headed by Dr A.D. Amar, a business professor with Seton Hall University in New Jersey, the group’s sole declared goal is “to garner actively the support of all Americans, but particularly Indian-Americans, to have Donald J. Trump become the next President of the USA.”