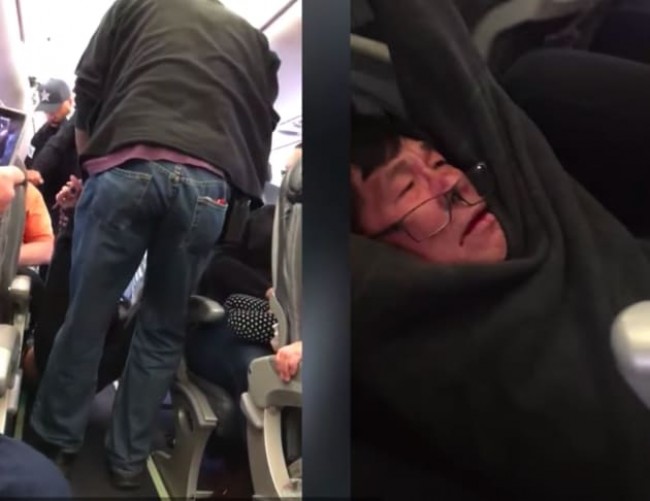 Washington, April 11 (IANS) An Asian doctor was forcibly dragged off a US-based United Airlines flight by stewards because the flight was overbooked, a media report said.

Videos taken by fellow passengers on board the flight 3411 from Chicago to Louisville show that the man was being hauled out of his seat, the Daily Record reported.

In the process, the man’s glasses were knocked off and he was hauled down the aisle by stewards after the man refused to give up his seat to allow stand-by aircrew to take it.

The flight was overbooked and United had asked for volunteers to leave so that standby aircrew could board, the report said.

When no one came forward, the airline seemingly decided to take matters into their own hands and decided who was getting off.

A passenger Jayse D Anspach posted a video on twitter and said: “#United overbooked and wanted four of us to volunteer to give up our seats for personnel that needed to be at work the next day.

“No one volunteered, so United decided to choose for us. They chose an Asian doctor and his wife.

“The doctor needed to work at the hospital the next day, so he refused to volunteer,” Anspach added.

“10 mins later, the doctor runs back into the plane with a bloody face, clings to a post in the back, chanting, “I need to go home.”