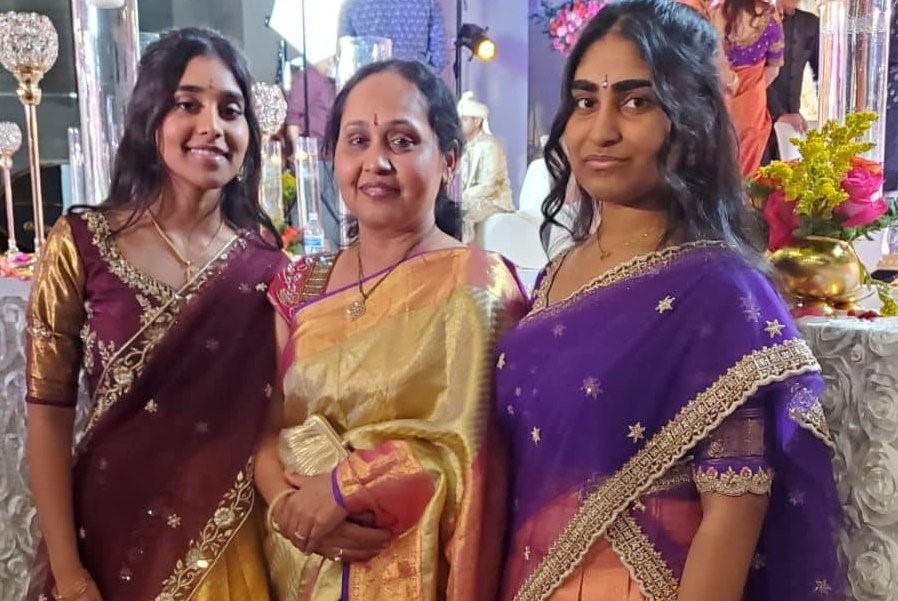 Atlanta, GA, September 27, 2022: In a heart-breaking tragedy, an Indian American woman and her two daughters were killed in a major crash near Waller, Texas on Sunday morning, according to the Department of Public Safety.

The wife and two daughters of Telugu Association of North America (TANA) board member Dr Kodali Nagender Srinivas died in the accident. The family lived in the Atlanta area before they moved to Texas and have several friends here.

At 11:08 a.m., officers responded to a major vehicle accident on FM 2920 at Kickapoo Road, according to Waller police.

Deputies told Eyewitness News a black Lexus was occupied by three women who were traveling along Kickapoo Road.

The Lexus drove through a flashing red light, instead of stopping, and was T-boned by a white Chevy Silverado LP traveling on FM 2920, according to deputies.

The driver in the Lexus, 53-year-old Vanisri Yalamanchili, and her 20-year-old daughter Meghana Kodali, were pronounced dead at the scene, according to DPS.

Investigators said a third passenger, the 16-year-old younger daughter, was taken by Life Flight, but died while en-route to the hospital.

Vanisri was working as an IT professional. The older daughter was a medical student while the younger one was a high school junior.

During their time in Atlanta, Dr Srinivas was an Assistant Professor – Pediatric Anesthesiology at the Emory University School of Medicine – Egleston Children’s Hospital.

He had been serving as a member of the TANA board since 2017.

The death of Vanisri and her two daughters sent shock waves in the Telugu community in the US. TANA members have expressed grief over their death.