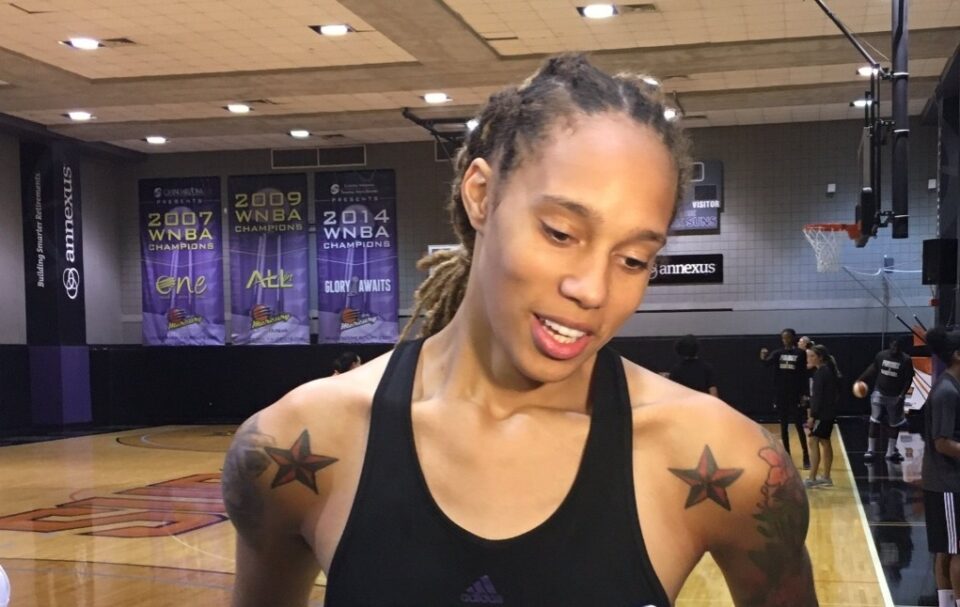 It has been over 200 days since WNBA star, Brittney Griner, was detained in Russia. On February 17th, 2022, she was arrested while trying to leave the country. This was just a few days before the war in Ukraine started. While it is uncertain what Russia really wants to gain from keeping an American basketball player in Russia, we believe they are trying to use her to get someone valuable to them, back to Russia. Most likely an arms dealer who is an actual, dangerous criminal – unlike Brittney, who has sadly become a pawn in a political game between two powerful countries.

On July 7th, 2022, Brittney Griner pleaded guilty to charges of smuggling drugs into Russia. This was referring to two small vape cartridges that contained pieces of medical marijuana prescribed by her doctor in the US to alleviate pain. While she pleaded guilty to the charges, which said she purposely smuggled drugs into Russia, in her testimony she said she just “packed it in a hurry” while she was leaving the US. And she has also said she just “made an honest mistake.”  The sentence she got for this was 9 and a half years in a Russian jail; most people would have gotten about 5 years for actually smuggling drugs into the country.

The WNBA and other organizations have tried to bring attention to this case to put pressure on the US government to do everything possible to bring her home. Unfortunately, the publicity has also meant that the “price” of her freedom has gone up. This means Russia can now demand a higher “price” or more valuable people for her release, because the American public is more aware of what happened, and for the most part, wants her to be returned home. On the other hand, it has actually put more pressure on the US government to get her to release her as soon as possible.

Many sources have said Russia wants a trade that involves Viktor Bout who is an arms dealer and is serving a 25-year sentence in the US in exchange for Brittney and Paul Whealan- a reporter who has been kept in Russia since 2020 for “spying”. This charge seems false, he probably overheard something that she should not have while doing his work as a reporter.

This tragic case, where an American is condemned to spend a lengthy jail sentence in Russia for a fairly minor crime, has also brought attention to other US citizens that have been wrongly detained in other countries. For example, Trevor Reed, a Marine, was detained in Russia in 2019 and was brought back to the US by a prisoner swap earlier this year. But this took months of negotiations and he had almost no media attention. There are so many cases like Trevor Reed’s, and most of them are kept in other countries for political reasons. While some people have actually broken the laws of a county in a big way, reports show that 90% of US citizens detained in other countries are wrongly detained or held for their politics. It is wrong in any situation for innocent people to be held for political reasons.

A case almost parallel to the case of Brittney Griner  is that of Marc Fogel, an American teacher, who was arrested in 2021 Russia for possession of medical marijuana. The problem is that he seems to be forgotten; his case has gotten almost no media attention. But, Brittney’s case has given people like him more airtime in newspapers and on TV. Personally, I feel horrible that cases like his are hardly getting any attention, while Brittney’s is getting more. It is also important to give light to other cases similar to hers. I hope that Brittney’s case not only results in her coming back home, but also it brings more attention to bringing other people back.

Many people are wondering: why did Brittney Griner even go to Russia? The answer  is very simple: money. While WNBA stars like Brittney get paid around 200,000 dollars a year in the WNBA (which may seem like a lot to most people, but compared to the median of NBA players, which is $3.8 million a year, it is pretty low) , they make over a million dollars in Russia. Brittney Griner is one of many WNBA stars to play overseas, but her case has shown that is is not always safe for American players to do that.

Like many people, I am left with the question – what is Brittney Griner’s freedom worth? For her family- her wife, her parents, and her friends- her freedom is worth everything. I would feel the same way if someone I loved was subject to such a cruel punishment in a distant country. On the other hand, we- the American public and the American government – can also ask ourselves if this is a good trade. Certainly, we should not allow for an arms dealer to go into the hands of Putin; but Brittney Griner being kept in Russia for 9 and a half years in also a tragedy. Innocent civilians should not be made pawns in a political conflict between countries. It is a tough situation for the US government, which is trying to release the US prisoners, but also wants to be careful about who is released in exchange. The one thing we can agree on is that Brittney Griner, and others like her,  should be back in the US.

*Samara Desai is an 8th grader who lives in Seattle, Washington. She loves writing, reading, and playing basketball.

Harini Logan and other Indian-American Spelling Bee champs: What’s their secret to success?