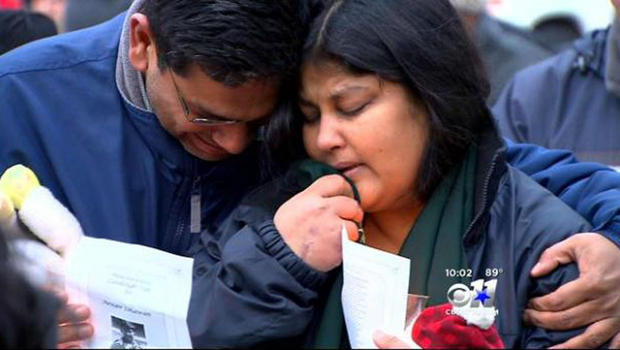 Police found Pallavi’s body in the backyard pool and Sumeet’s body inside the house, say reports.

‎”I have no idea what happened,” said David Finn, Pallavi’s attorney told WFAA TV. “I certainly didn’t see this coming, not by a long shot.”

“Everything seemed very, very positive,” he said, of his last meeting with the couple. “I didn’t sense any hostility. Pallavi was in a good mood. Sumeet seemed to be in a good mood.”

Finn had publicly pressured the Frisco Police ‎Department to either drop the murder case against Pallavi or to seek an indictment. He had repeatedly criticized them, accusing them of jumping the gun on the case, according to reports.

Pallavi Dhawan was charged with first-degree murder in the death of her son Arnav, whose body was found decomposing in a bathtub. His mother had placed him in plastic bags with ice around him. The family said her action’s were to preserve his body until his father came home from out of town.‎

In the affidavit, Dhawan said, “I proceeded to give [Arnav] his deceased bath according to Hindu customs, dressed him in his favorite clothes and kept his favorite toy next to him and I later put his head on his favorite pillow along with his favorite blanket.”