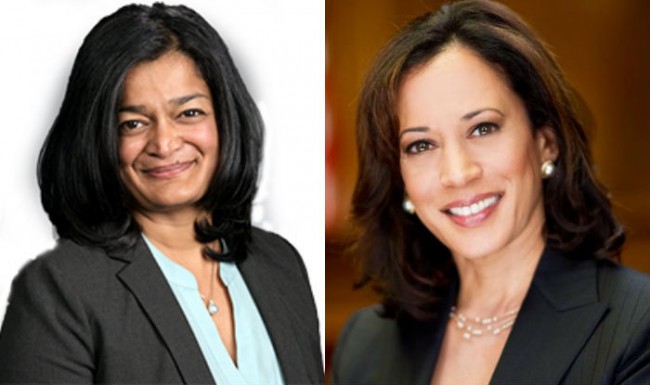 In the first week after his swearing-in ceremony, Trump has signalled he is fulfilling some of the controversial campaign promises, which include immigration reform and building a wall on US-Mexico border, American Bazaar online reported on Thursday.

According to Indian-American Congresswoman Kamala Harris, the first from the community to be elected to the Senate, Trump’s move to sign the controversial executive order will “tear the families apart”, and will adversely affect the safety of the public and national security.

“Creating a deportation force to target immigrant families who are contributing to our society is not a show of strength. Asking taxpayers to pay for an unrealistic border wall is not a solution. And telling cities to deny public safety, education, and health services to kids and families is irresponsible and cruel,” said Harris.

Harris said that Trump’s executive decision on immigration has left the country in fear as it has become “less safe”.

“Immigrants will report fewer crimes, more families will live in fear, and our communities and local economies will suffer,” Harris said.

Indian-American Congresswoman Pramila Jayapal from Seattle, who had earlier vowed not to attend Trump’s swearing-in ceremony, slammed the new President for implementing his dangerous campaign rhetoric that will not resolve any immigration issues, said the report.

“He has doubled down on his agenda that pits mother against mother, neighbour against neighbour, tearing up the fabric of our communities,” Jayapal said.

“We must take on enacting comprehensive and humane reform of our broken immigration system — to support our economy, our communities and our families but the President offers zero leadership in this area,” Jayapal said.

“Instead of building walls, we should address the underlying systemic issues that drive immigration and fix our own outdated immigration system. Instead of banning refugees and people based on their religion, we should welcome them with open arms,” she said.

Jayapal also added that being considered as the world superpower, the US has the responsibility to provide a sanctuary to all who need it most.

“President Trump’s plans are based on alternative facts and do nothing to keep us safe or fix our immigration system in a humane, pragmatic and effective way,” Schumer said.