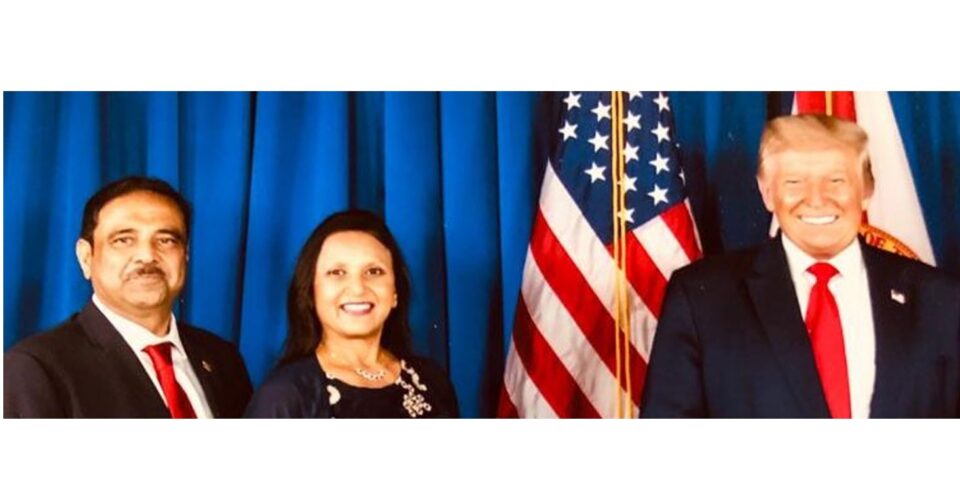 Washington, Oct 9 (IANS) Danny Gaekwad, a Republican Indian-American entrepreneur and an avid supporter of US President Donald Trump, has launched a campaign titled, “Trump Hai to Safe Hai”, which highlights the President’s support for India, a media report said.

“I saw that President Trump is wounded in the race. So I’m spending my own money to support him,” the Florida-based serial entrepreneur told the American Bazaar news outlet on Thursday.

“In recent months, I have had opportunities to engage the President and Vice President Mike Pence in person.

“I’m convinced that Trump is the right person to lead America and spearhead an economic recovery.

“Indian-American votes are going to be crucial in battleground states such as Pennsylvania, Florida, Michigan and Ohio.

“I believe Indian television channels are the best way to reach many of the first-generation voters from the community,” Gaekwad, who was born in Baroda, Gujarat, said further.

Another 30-second, “Why not Trump?” ad has Gaekwad describing him as “a President who is willing to stop the looters and arsonists trying to take over our property which we built with a life time of hard work”.

Gaekwad is also one of the largest Indian-American Republican donors, having donated and raised money for some of the top party leaders, including Trump, Florida Governor Ron DeSantis, Senator Rick Scott and former Agriculture Commissioner Adam Putnam.