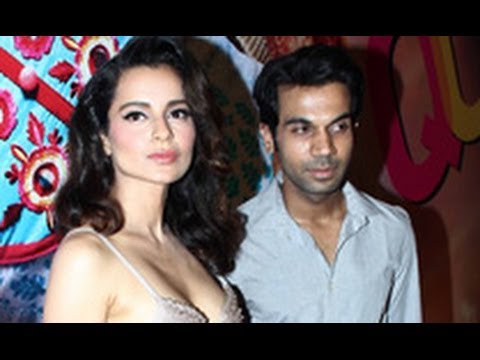 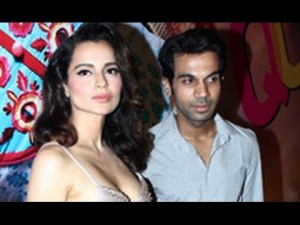 There was a time when Sanjeev Kumar and Zeenat Aman were seen together in Shammi Kapoor’s “Manoranjan” and that was probably the oddest pair yet. Now with a scarcity of dates for leading ladies, the oddest of couples are being seen together in our films.

Here’s looking at some weird out of the box casting.

* Rishi Kapoor and Radhika in “Mere Pati Mera Devta Hai”: From their very contrasting skin tones to their very different personalities, Rishi and the dusky South Indian actress (with her gravity-defying ponytail) were mismatched from the word go. And that’s exactly what the script demanded.

* Naseeruddin Shah and Vidya Balan in “The Dirty Picture”: They were perfectly in-sync earlier in “Ishqiya”. In “The Dirty Picture”, he was potbellied, bewigged and ridiculously self-important. She was breathy pouty and all over him. The end results were hilariously counter-erotic pouts.

*Vidya Balan and Ali Fazal in “Bobby Jasoos”: Heroines being paired with younger guys is nothing new. Sadhana, Mala Sinha and Nanda in their heydays worked with Rajesh Khanna, Sanjay Khan and Shashi Kapoor who were their juniors. The thing about Ali Fazal is that he looks very Hyderabadi and very much in love with the bewitching Ms Balan. Age no bar.

* Kangna Ranaut and Rajkummar Rao in “Queen”: She had worked with the senior lot of superstars including Ajay Devgn, Sanjay Dutt and Sunny Deol(in the unreleased “I Love New York”). Rajkummar seemed like a different world which is exactly what the director Vikas Behl wanted. Sometimes incompatibility makes an unlikely couple jell on screen.

* Amitabh Bachchan and Jiah Khan In “Nishabd”: This one takes the cake, and the bakery, for the oddest pairing of all times. He was 60. She was his daughter’s 18-year old wild reckless friend. She seduced him.

* Dharmendra and Dimple Kapadia In “Dushman Devta”: What was he thinking? At the peak of Sunny Deol’s relationship with Dimple, Sunny’s dad decided to do a film with her. During a love song, Dharmendra caught hold of the discernibly distracted Dimple and smooched her torridly in what must rank as the most misplaced screen kiss of all times.

* Saif Ali Khan and Sonali Kulkarni in “Dil Chahta Hai”: Years after Farhan Akhtar’s debut film established its cult status the question remains, why did Farhan cast the very urbane and aristocratic Saif opposite the earthy Marathi mulgi? They looked odd together. And not because they were meant to.

* Bipasha Basu and Nawazuddin Siddiqui in “Aatma”: Nothing on this horror movie was scarier than the otherwise talented Nawaz trying to appear sophisticated opposite Bipasha. The ill-fitting suits went well with the fake angrezi accent. Even when the scares began we couldn’t stop giggling at Nawaz’s put-on poise. This wasn’t miscasting it was mess-casting.

* Irrfan-Deepika Padukone in “Piku”: Shoojit Sircar has cast the two actors from different kingdoms together in his next film “Piku”. From what one hears they play individuals from very different backgrounds who embrace one another’s differences.

* Rahul Bose and Priyanka Chopra in “Dil Dhadkne Do”: He is as Bengali as macher-jhol and from the avant-garde hemisphere. She is as Punjabi as chole-bhature and from hardcore commercial cinema. It remains to be seen how Zoya Akhtar turns this iffy couple into something interesting.

* Kangna Ranaut and Vir Das in “Revolver Rani”: She was the trigger-happy lustful politician from down under. He was her cheesy self-serving toy boy. Vir Das and Kangna were so comically mismatched that the outcome of their liaison had to be tragic.