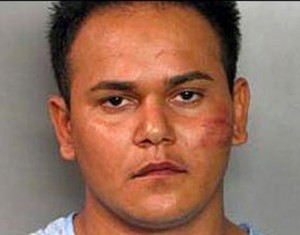 Washington, Aug 10 (IANS) An Indian American has been sentenced to life in prison without parole for 35 years for the murder of another Indian American outside a Sikh gurdwara in California in 2008.

Jurors in Sacramento Superior Court this week sentenced Gurpreet Singh Gosal, 28, for the second degree murder of Parmjit Singh Pamma outside the Bradshaw gurdwara in Sacramento during a Sikh sports festival Aug 31, 2008.

On hearing the sentence, Gosal apologised to the victim’s family through his attorney, News10.net reported Saturday.

According to the report, the shooting followed an argument between the victim, another man who was wounded, and Gosal and a second man, sheriff’s detectives had said at the time of the incident.

Witnesses at the site managed to restrain Gosal till the sheriff’s deputies arrived.