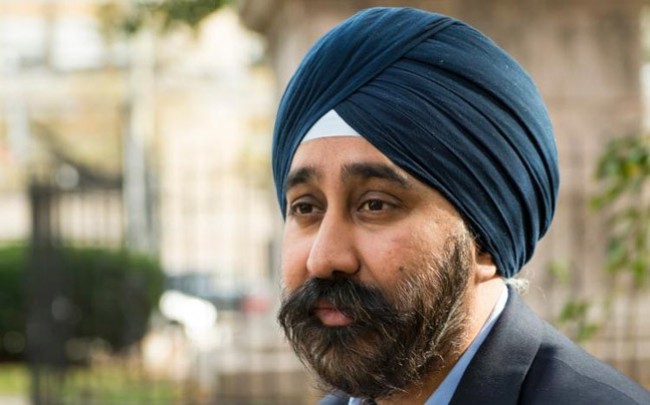 New York, Nov 8 (IANS) Two Indian American candidates have overcome bigoted propaganda to win local elections in New Jersey – one of them as the Mayor of Hoboken.

Ravi Bhalla was elected in Tuesday’s elections as the first Sikh Mayor of the town that is a suburb of New York City.

A lawyer, who was a member of the city council, Bhalla was the target of an anti-Sikh campaign pamphlet that said “Don’t let TERRORISM take over our town!” next to a picture of the turbaned candidate.

Falguni Patel was elected to the Edison Township School Board. She and a Chinese American candidate, Jerry Shi, were targeted in mailings that said that they should both be deported and that “Chinese and Indians are taking over our town”.

Bhalla and Patel were born in the United States.

The pamphlets against Bhalla were sent in the name of a rival candidate, who denied any involvement in it and called for a criminal investigation.

The postcards targeting Patel and Shi were sent anonymously.

“We won’t let hate win,” Bhalla tweeted after the pamphlets were circulated.

Many New Jersey Indian Americans are active in politics and have emerged as an influential voting bloc sought after by candidates.

The winner in the governor’s race, Democrat Phil Murphy, was a favourite of Indian Americans who held a rally for him on Monday in Edison. He will succeed Chris Christie, a Republican close to President Donald Trump who could not run for re-election as governors are limited to two terms in the state.

Several Indian American candidates ran for local offices like school board, local council and borough councils, which are the springboard for higher positions, and many of them won.

The state has only one Indian American in the State Assembly, Raj Mukherji, who was elected in 2014 from Jersey City.