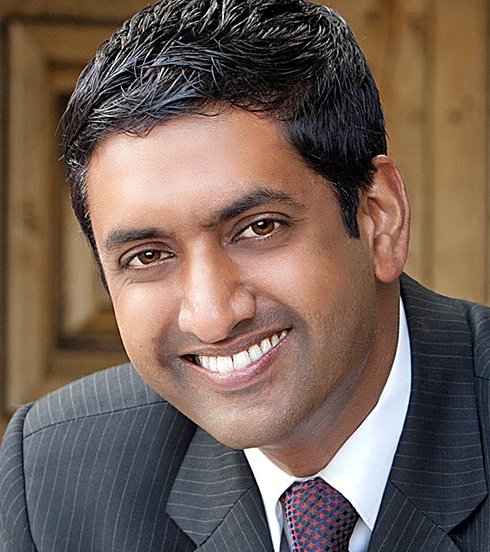 Washington, Oct 15 (IANS) As a new poll showed Indian-American Rohit ‘Ro’ Khanna closing the gap in the Congressional battle for Silicon Valley, he vowed to focus on the community’s key concerns – education and the economy.

“With the polls tied at 38/38 percent, this is the best pick up opportunity for an Indian American in the country,” said the former Obama administration official challenging veteran fellow Democrat seven term incumbent Mike Honda in the Nov 4 election.

“Ultimately, the choice in this election is clear: We can rest on our laurels as the innovation capital of the world and watch new jobs and opportunities go elsewhere. Or, like those who built Silicon Valley, we can roll up our sleeves and get to work,” he told IANS in an email interview.

Khanna’s campaign pollster found in a survey of 400 likely voters last week the two tied at 38 percent with 24 percent undecided – a big turnaround from the 20-point lead Honda held in June’s primary vote.

But Honda’s campaign disputed the figures saying Monday that its own internal polling — a survey of 500 likely voters, conducted Oct 7 through 12 — showed 42 percent support to Honda to Khanna’s 27 percent, with 31 percent undecided.

Amid the duelling poll figures, Khanna exuded confidence. “I’m feeling very good about where he stand in the race,” he said. “We’ve always been an underdog, but a recent poll has us tied at 38-38 (percent).”

“That reflects a sense of urgency from voters who want effective and accessible leadership in Congress,” he said claiming his campaign had galvanised the Indian-American community.

In his view “the key issues in the Indian American community centre around education and the economy. This has been the focus of my campaign and it will be my focus if elected to represent the 17th district in Congress.”

Khanna said while working in the Commerce Department he had gained an understanding of not only the challenges faced by “manufacturers of all sizes, but also of the competitive advantages that America has in manufacturing and exporting.”

“We need more people in Congress who understand how the economy works and will reach across the aisle to get things done,” he said.

“Overall, the support has been overwhelming from the Indian American community here in the Bay Area,” said Khanna as they “care deeply about their children’s future and want to see change in Washington.”

Khanna said he was also “very proud of the Indian American community’s increasing participation in the Democratic process.”

“This is representative of the incredible contributions that the community has made to the economy, innovation, and much more.”

The Indian-American candidate said he was encouraged to see the warm reception to Indian Prime Minister Narendra Modi during his recent visit.

“It is to the benefit of both the United States and India to have a close relationship between our governments,” he said.

“Silicon Valley and India share a commitment to education and entrepreneurialism,” Khanna said, and if elected to the Congress he hoped “to strengthen our economic partnership based on these shared values in a way that strengthens the American middle-class and raises wages for workers.”