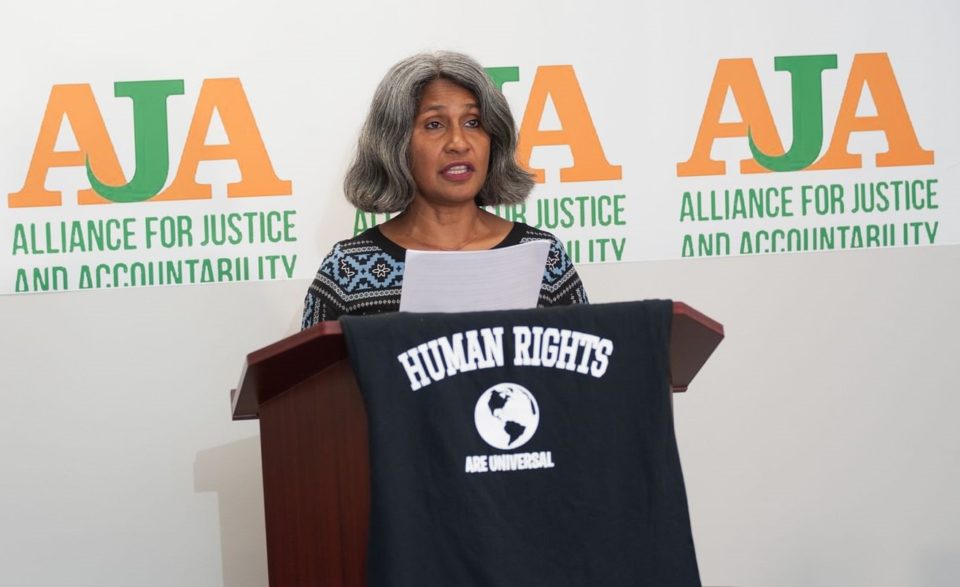 Sunita Viswanathan was prevented from entering into Ayodhya on Wednesday.

Sunita, who was accompanied by Magsaysay awardee Sandeep Pandey, said that their car was stopped at an inter-district barrier, citing the enforcement of Section 144 in the temple town.

Two more people were in their car when it was intercepted at a barrier under Patranga police station by local police.

The group, which was on way to Ayodhya to meet ailing seer Mahant Yugal Kishore Sharan Shastri, was told that their presence in Ayodhya could lead to disturbance in law and order in the town.

Viswanathan, who has been honoured by the White House for her efforts towards climate change, has worked in various parts of the world. She has also done rehabilitation work for women in post-war Afghanistan.

“We were four persons in a Tata Nano. We were not doing anything against the law but were denied entry unlawfully. Being a Hindu, I wanted to visit the temple town of Ayodhya and also wanted to meet Shastriji, but we were stopped. The administration cited the reason of Section 144 to refuse our entry to Ayodhya,” Viswanathan said.

SSP Ayodhya Ashish Tiwari said, “Because Section 144 is imposed in Ayodhya, they might have created a problem by giving irresponsible statements. Ayodhya is not the right place to give statements. We had inputs from intelligence that they could create disturbance in Ayodhya. Hence, we asked them to return.”

US company with Sanskrit name gets attention with billboard of hog-tied Trump; creates problems for cultural association with same name