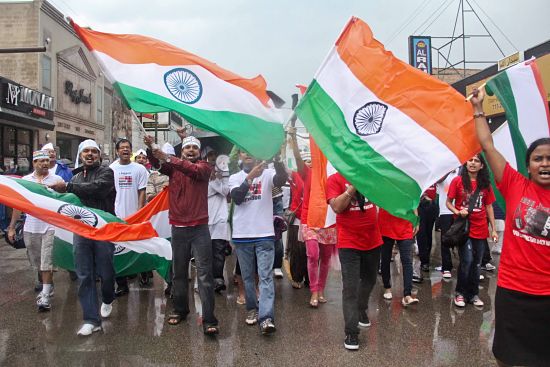 Washington, Aug 15 (IANS) As Indians in America celebrated the country’s 68th Independence Day, US Secretary of State John Kerry said India-US partnership “has never mattered more” and the two nations can shape together a shared future.

In a message of greetings on behalf of President Barack Obama and the American people, the top US diplomat said during his visit to New Delhi last month for their annual Strategic Dialogue he “saw first-hand India’s dynamism and the vital importance of deepening the ties between our nations”.

Recalling his meetings with students, researchers, Indian business leaders and Indian officials on issues from security, to energy, to educational exchange, Kerry said: “On each of those issues, and in all my conversations, this truth was crystal clear: our partnership has never mattered more.”

“As India celebrates Independence Day, we celebrate with you,” he said. “We reflect upon the possibilities of the shared future that India and the United States will shape together.”

US Senator Mark R. Warner, Democratic co-chair of the bipartisan Senate India Caucus, sent his best wishes to Indians around the world and Indian Americans “in recognition of all that India has achieved since August 15, 1947”.

“We have a unique opportunity to take the US-India relationship to a new level with the recent election of Prime Minister Modi,” he said.

The Indian community in the US marked the day with the flag hoisting ceremonies at the Indian embassy in Washington, the country’s mission at the United Nations and consulates in New York, San Francisco, Chicago, Houston and Atlanta.