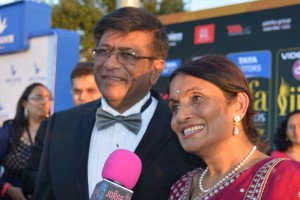 Tampa Bay, Aug 11 (IANS) A Florida businessman of Indian origin is suing his brother-in-law, a noted Indian American philanthropist, for robbing him off of his due profit share earned by hosting a Bollywood film award show.

Plaintiff Chetan “Jason” Shah has accused his brother-in-law Kiran C. Patel, a philanthropist and healthcare entrepreneur, of fraudulently adding his name to IIFA host committee official documents and cutting him out of his share of the profits, the report said.

Shah, a Tampa Bay real estate professional, is suing Patel, who is credited as a top funder and organiser of the IIFAs, a series of Bollywood events held in Tampa Bay, Florida, in April.

Shah maintains being the rightful founder of the American edition of the awards show, and claims that it was him who persuaded event organisers to bring IIFA’s first-ever show in America. He claims Patel and other IIFA principals conspired to cut him out of event organising and profits.

The event drew an estimated 30,000 visitors who generated over 26 million dollars in total spending, according to a June 1 release from the Visit Tampa Bay tourism organisation.

In a July 3 court filing, according to the Tampa Bay Times, Shah claimed Patel coerced him into signing a document late last year just as Shah was being rushed to the hospital for heart surgery.

That document allowed Patel to negotiate a new deal with IIFA organisers that cut Shah out of any profits, Shah told the paper.