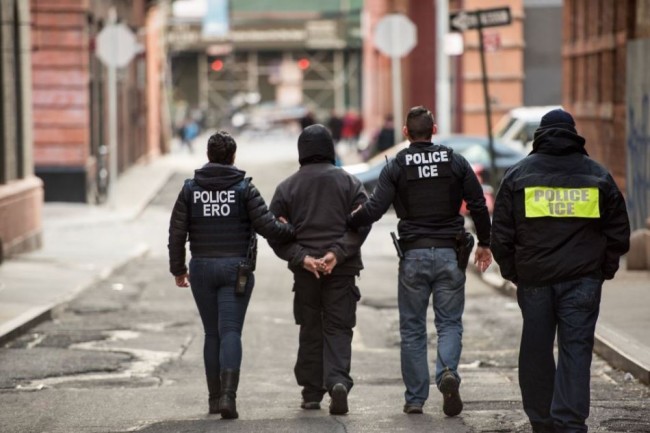 New Delhi, Feb 2 (IANS) India has issued a demarche to the US asking it to release at the earliest Indian students detained in connection with their enrollment in a fraudulent university and not to deport them against their will.

The Indian Embassy in Washington has also opened a round-the-clock helpline for assistance and queries related to detention of Indian students by the US authorities, an External Affairs Ministry release said on Saturday.

“A demarche was made to the Embassy of the United States in New Delhi by the Ministry of External Affairs. Our concern over the dignity and well-being of the detained students and the need for immediate consular access for Indian officials to the detainees was reiterated.

“We underlined that students, who may have been duped into enrolling in the ‘university’, should be treated differently from those recruiters who have duped them. We have urged the US side to share full details and regular updates of the students with the government, to release them from detention at the earliest and not to resort to deportation against their will,” the release said.

The spokesperson for the US Embassy here said it has received a demarche.

“We can confirm that the Embassy received a demarche from the Ministry of External Affairs about the Indian citizens detained in the United States this week. We refer you to the Department of Homeland Security in the United States for information on their status,” the spokesperson said.

The government, MEA said, continues to closely monitor and take proactive measures to address the situation arising out of detention of Indian students.

The MEA release said that officials posted at India’s mission and consulates have visited several detention centres in the US to extend consular assistance to detained students.

It said the Indian mission and consulates have been in touch with the representatives of the Indian community and their associations to gather more information about the detainees.

It said that for those seeking legal help, guidance and assistance is being provided by the Indian mission and consulates and assistance from the Indian community has also been mobilised to provide legal support to those who seek.

The release said that the government and the Indian Embassy and consulates attach the highest priority to the welfare of the detained students and will continue to work with the US authorities and other stakeholders to address the issue.

External Affairs Ministry spokesperson Raveesh Kumar also said in a tweet that the government was mobilising resources and closely working with the US government to address the situation.

“We are on it! Mobilising resources and closely working with the US government to address the situation arising out of the detention of Indian students in the US. Welfare of those detained is the highest priority for us,” he said.

Several hundred Indian students face arrest following the detention of eight recruiters and some students over an alleged immigration fraud detected by a fake university sting operation set up by government agencies to crack down on visa scams.

The American Telugu Association (ATA) reported that 100 students were arrested on Wednesday.

The Indian Consulate in Chicago reported receiving the names of 29 Indians arrested in the case as of Thursday.

The US Immigration and Customs Enforcement (ICE) spokesperson Carissa Cutrell was quoted by Detroit Free Press on Thursday as saying that 130 students arrested so far in a “pay-to-stay” sting operation using a fake university face only civil immigration charges.

The charges against the eight people who allegedly ran the scheme were made public on Wednesday in a federal court in Detroit.