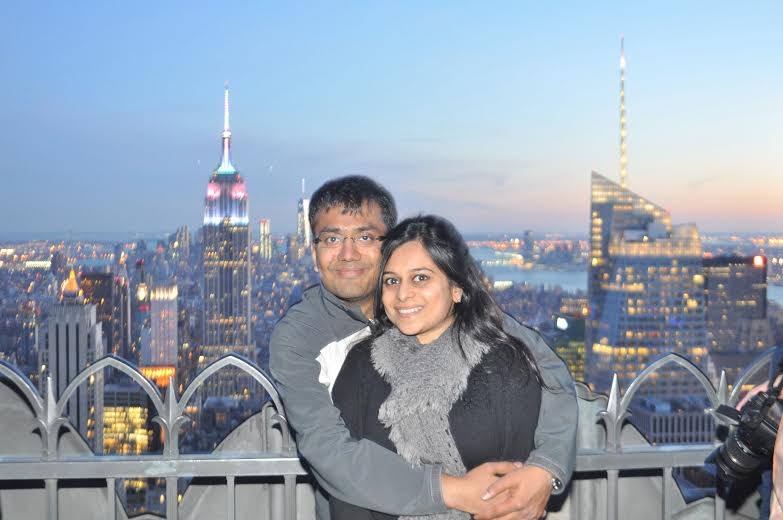 New York, May 1 (IANS) A “Master Chef: India” finalist whose restaurant had closed due to the COVID-19 pandemic and her husband have died “in an apparent murder-suicide,” according to a prosecutor in New Jersey.

Hudson County Prosecutor Esther Suarez said that police found Garima Kothari, 35, who was five-months pregnant, dead in her residence in Jersey City on Sunday morning with injuries to the upper body and her husband, Man Mohan Mall, 37, in the Hudson River.

Both were declared dead at the scene.

“While it remains at this time that these deaths are the result of a murder-suicide, the final determination is still pending the complete findings of the Regional Medical Examiner’s Office,” Suarez said in a statement.

She said that the medical examiner has determined after a postmortem that Kothari’s death was a homicide while the cause of Mall’s death was still pending.

Kothari’s restaurant, Nukkad, which opened in February in Jersey City, was closed a month later because of the COVID-19 restrictions.

She re-opened it partially in April for only pick-up and delivery orders and delivered donated meals to healthcare workers at the Jersey City Medical Centre, New Jersey magazine reported.

A week before her death, she gave an indication in a Facebook post about the financial difficulties of small restaurants and complained about large restaurant chains grabbing federal loans meant for small businesses affected by the COVID-19 pandemic.

She wrote, “Yet another tough decision “Nukkad is up and running” even on Sundays now. I would so appreciate the support of the community at this point of time! Existence in silo is not possible, hence I feel compelled to stay open & support my skeletal staff & be able to pay some fixed expenses (now that small biz fed loans have been lapped up by the Ruths & Shake shacks!!)”

Later, Shake Shack chain that operates nearly 250 restaurants and Ruth’s Chris Steakhouse with about 80 locations agreed to return the Paycheck Protection Programme loans meant for small businesses that they had taken.

When the restaurant opened, New Jersey magazine wrote that Nukkad “is an elegant-looking fast-casual Indian restaurant doing “Indian Soul Food” from chef Garima Kothari, one of the top 15 finalists from ‘Master Chef: India’.”

It said that Kothari had started as an investment banker in India but switched careers after her performance on the “Master Chef” show.

The magazine said that she studied pastry and baking at Le Cordon Bleu in Paris and after working as a pastry chef she opened a catering company, Breaking Bread Co, in Jersey City before starting Nukkad with her husband.

Mall described himself on Facebook as an IIT Kharagpur graduate with an advanced degree in financial engineering from Columbia University in New York.